The wait is finally over, as fans were treated to a surprise courtesy of Warner Brothers Consumer Products. They publicly unveiled the Batmobile, Batman’s new ride for upcoming flick ‘Batman vs Superman: Dawn Of the Justice’ at Licensing Expo 2015 in Sin City, Las Vegas. 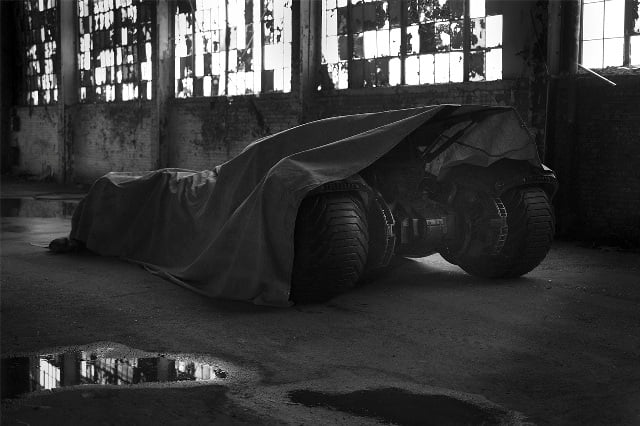 The reveal has been blowing up across Twitter & other social media sites. We have collected some of the images circling from the event. Batman’s latest crime fighting machine definitely looks like from alien world, powered with an unmatched hybrid of prototype military and civilian performance technologies. The new “apex predator” have been equipped with the latest in covert military grade armaments, stealth and active protection systems and can reach up to top speed of 205mph.

A small display near the exhibit gives brief desciption about new Batmobile which is as follows:

“Single-handedly designed and fabricated in near complete seclusion by The Batman, this infamous pursuit and capture vehicle has earned its reputation as the apex predator on the mean streets of Gotham City. Over powered with an unmatched hybrid of prototype military and civilian performance technologies, this top machine has been estimated to reach speeds of up to 205 MPH. The Batmobile’s imposing defence capabilities, supported by stolen Wayne Industries technologies, have been integrated with the latest in covert military grade armaments, stealth and active protection systems.”

Following are the features of the Batmobile: 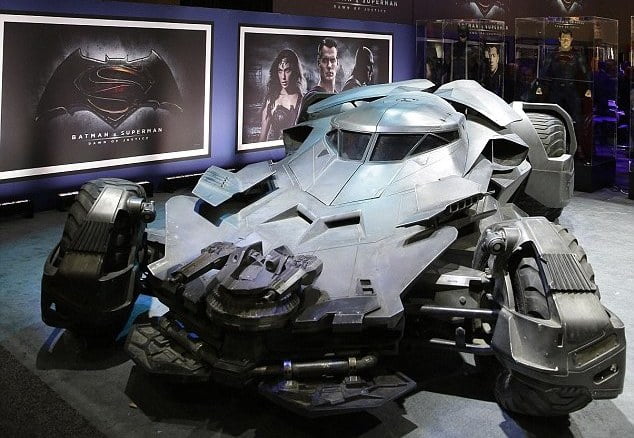 Those are really impressive features, isn’t it? As Batman is preparing to face-off against the mighty Man of Steel, he needs all the firepower he can get. We have to wait until March 25, 2016 to see this Batmobile in action & I guess it will be worth it.

Batman vs Superman: Dawn of Justice stars Henry Cavill in the role of Clark Kent/Superman, and Ben Affleck as Bruce Wayne/Batman. The film also stars Gal Gadot as Diana Prince/Wonder Woman. Here is the trailer of the movie: