The 2013 Shanghai motor Show will witness the launch of a compact premium class SUV, the Mercedes Benz GLA Concept from the German luxury auto manufacturer. This concept car combines dynamic styling with recreational functions as well. Dr Joachim Schmidt, Executive Vice President Mercedes-Benz Cars, Sales and Marketing commented; “The Concept GLA is a compact SUV that combines its sporting spirit with the all-round qualities of a tough, leisure-time companion. ‘Escape the everyday’ is the message that this car conveys to its driver.” 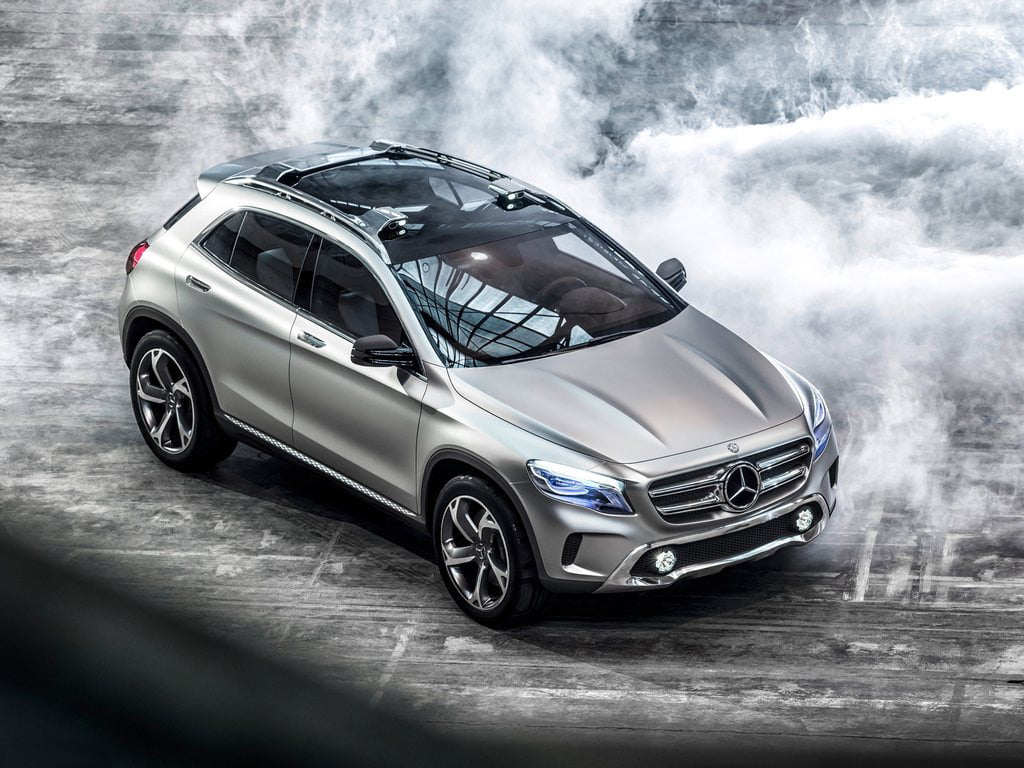 The exterior of the GLA Concept is characterized by a number of distinctive features, which is definitely going to make the heads turn. Starting from the front, the car gets a powerful bonnet with two distinctive lines on top of it. Coming down one can see a sporty radiator grille with centrally positioned star in it. This new style surround to the star merges elegantly into the two horizontal bars. However the most interesting feature in the car is the shimmering blue headlamps which not only has the function to lit up in the dark but also in it are the laser-beam projectors which are also capable of projecting pictures or films onto a screen or other surface. Any format that can be operated through COMAND Online can serve as a source: pictures or films from a smart phone, the internet, or from a hard drive. 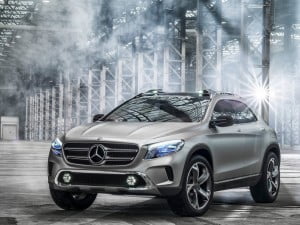 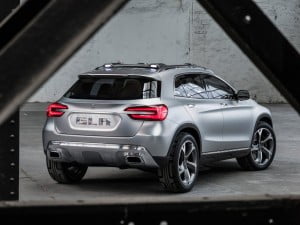 From the side too, the GLA Concept conveys a sense of power and confidence. The side gets a “dropping line” design philosophy which extends from headlamps to the rear wheel arch.  Other than this the 20-inch wheels, with their distinctive five-spoke turbine design makes the vehicle look more elegant. The rear end gets muscular haunches above the rear axle, extends to the rear over the light clusters emphasizing the broad stance of the tail end. Also the rear features a large roof spoiler that follows through very neatly on the structure of the rear roof paneling and provides housing for additional brake light.

The interiors of the Mercedes Benz GLA Concept are made in alignment with the interiors of other compact Mercedes models, except that here we have a more sophisticated and exceptionally high quality SUV. As one enters inside, he is welcomed by dominance of exciting leather and galvanized aluminium. The four individual seats and door centre panels are covered in rich shade of brown natural leather. The Concept incorporates more than 20 metres of hand stitched seams on the leather. The instrument panel in this car is built in several layers. On top of a leather-upholstered surface sits a framework in a combination of matt and polished aluminium, which provides the necessary support for all the instruments. This unit is protected from dust and dirt by a plexiglas covering that is illuminated from behind. 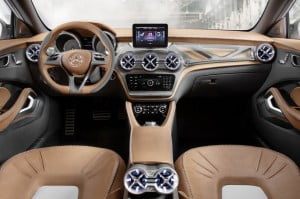 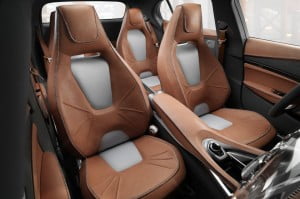 The air vents in the instrument panel as well as in the rear represent a further stylistic development of the vents used in the Concept A-Class and Concept Style Coupe, and are likewise illuminated from behind. They change colour according to the interior temperature set by the occupants. At a temperature of 22 degrees Celsius they light up in white. If a cooler temperature is selected for the interior, they turn blue, while opting for an influx of warm air switches the illumination to red.

The GLA Concept performance details are not out as of now, however it is very likely that this concept will be powered by a 2.0 litre turbocharged petrol engine just like in the A250. With this engine, 7-speed dual clutch automatic transmission and Mercedes 4MATIC all wheel drive system the vehicle is expected to deliver a maximum power of 208 hp whereas a max torque of 258 lb-ft of torque which is good enough to make the vehicle sprint from 0-62 mph in just 6.6 seconds while reaching a top speed of 149mph. 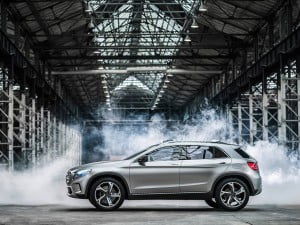 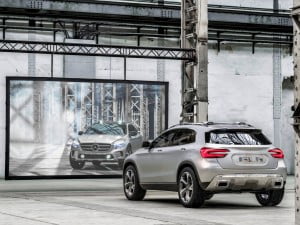 It is not sure as to when the Mercedes Benz GLA Concept will hit the showroom floors, but when it is launched the vehicle definitely may be missing some of features as used in the concept. This vehicle is aimed at a new and very difficult space in the market, wherein it will be competing against the BMW X1 and Audi Q3.