The Italian Sports Car manufacturer Ferrari has finally unveiled the much awaited limited edition sports car at the 2013 Geneva Motor Show. This car known as LaFerrari gives tough competition to other two rivals the McLaren P1 & Lamborghini Veneno, which is also debuted at the same auto show. As per Ferrari’s President, Luca di Montezemolo, “the name LaFerrari was chosen because it is the maximum expression of what defines their company – excellence. Excellence in terms of technological innovation, performance, visionary styling and sheer thrill of driving.” Having used the Formula 1 racing technology, this hybrid supercar uses less fuel, emits fewer CO2 and accelerates from 0-60 mph in less than 3 seconds. 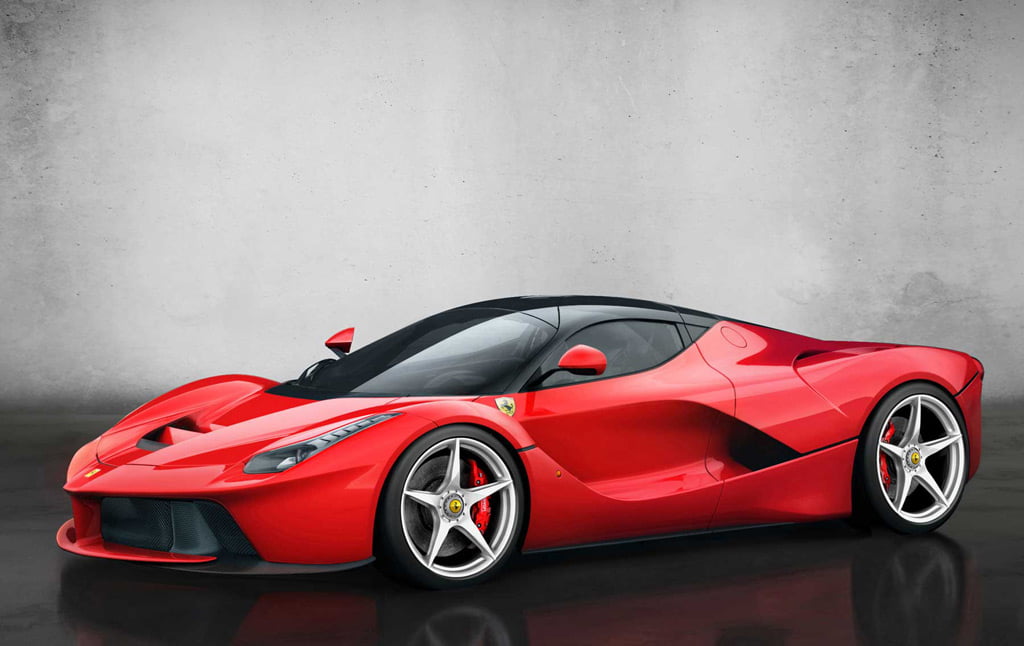 The LaFerrari’s architecture represents the pinnacle of innovation even by Ferrari’s legendary standards. The objective of this design was to increase aerodynamic efficiency, deliver ideal weight distribution, lower the car’s centre of gravity as far as possible, and most importantly seamlessly integrate the new hybrid system. All of which has been achieved without compromising on cabin space, comfort or accessibility. In the front, this car incorporates a lower front wing that appears suspended on a single central pylon beneath the nose, a clearly F1-inspired choice. On the side the car gets a sharp, downward sloping nose and a very low bonnet which emphasizes its muscular wheel-arches. 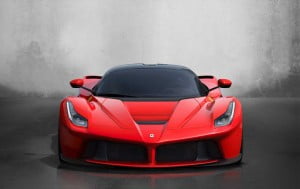 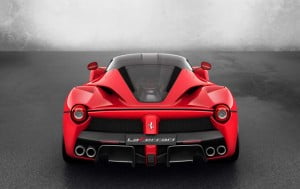 Finally the rear makes the sporty character quite evident thanks to the two deep grooves that emerge from the interplay of surfaces over the imposing wheelarches. Other noticeable features on the exterior include the large adjustable spoiler which deploys automatically depending upon the speed.

The driving position inside the LaFerrari is an entirely new concept and based on the F1 car. Both Fernando Alonso and Felipe Massa were involved in its development and have come up with an interior design quite comparable to the F1 car. The ergonomics of the LaFerrari’s driving position has a design normally seen only in racing cars: the seat is fixed but both the steering wheel and pedal box are highly adjustable to accommodate the driver’s preferred position. 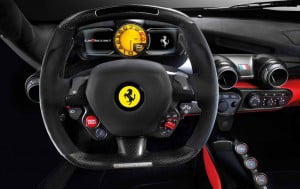 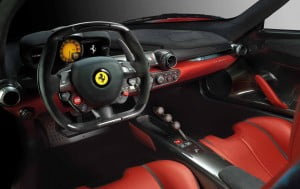 The LaFerrari represents Ferrari’s most ambitious project which is set to push the boundaries of technology on a road car, drawing together the finest expression of the marque’s technical capabilities in both GT and Formula 1 engineering. This is the first car with hybrid technology to have rolled out of Maranello. The car is powered by a 6262 cc V12 engine that produces 800 bhp of power at 9250 rpm and an electric motor that further produces 163 bhp power, thus summing upto a total of 963 bhp of enormous power. Maximum torque produced is 900 Nm. 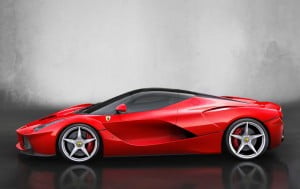 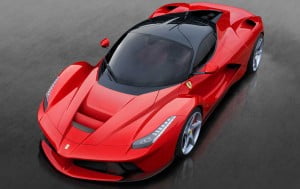 Thanks to the huge technological leap forward represented by the HY-KERS system, the LaFerrari is the most high performance and efficient car ever built by Ferrari.  This car can gallop from 0-100 Km/hr in just 3 seconds and from 0-200 km/hr in less than 7 seconds. Maximum speed attained by this car is 350 Km/hr.

The LaFerrari represents the best planning and building capacities from Ferrari, including those acquired in Formula One, knowledge, unique in the world. It will cost around $1.5 million and less than 500 will be made worldwide.So if anyone is really interested in getting one of them into his garage, you better act quickly, else you’ll have to settle with just a poster of this elegant looking sports car.

Please input your email address. That email is already subscribed. Your address has been added.
Tags: Ferrari LaFerrari SuperCar
Bob May 7, 2020