The Acura NSX Concept is a successor to the two decades old original Acura NSX launched by Honda. The new Acura Concept was first revealed at the 2012 Detroit Auto show and it highlights the effort put by the company designers & engineers to test the boundaries between evolution & revolution. With the introduction of a next generation hybrid powertrain in this supercar, Acura once again wants to prove that ultra-high performance is at the core of their DNA. 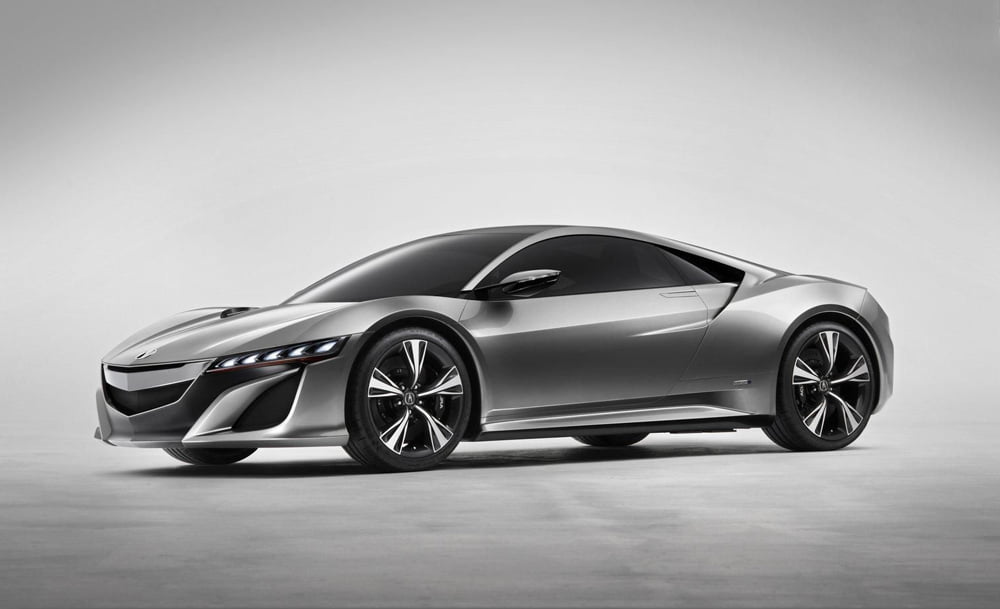 As soon as one sees the Acura NSX Concept, he or she can immediately come to know that every part in the car has been assembled manually by craftsmen at Acura. The sheetmetal used for packing this high end car will definitely make the heads turn. Inspite of having borrowed Audi R8’s general dimensions and style which includes the wide track, cabin pushed close to front axle etc, this Acura concept definitely has a visual identity of its own. On the front the thin LED headlamps dominates the upper half of the grille. To the sides the panels are relatively clean except for the character line that neatly folds into the roofline itself. And finally the rear side gets a thin line of LED that wraps into the fenders covering the entire rear width, which effectively serves as both brake lights as well as centre mounted stop light. 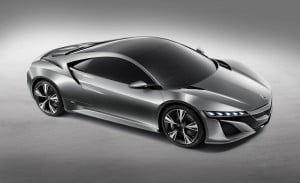 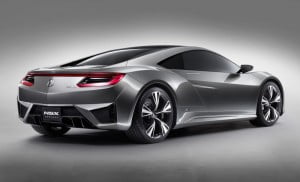 Just as the exterior of the car can make any one turn their heads, the luxury inside the car also makes everyone mind-boggled. Though many details on the interiors are yet to be known, it has been known for sure that the Acura NSX Concept gets a waterfall instrument panel having a twin cockpit theme that was originally used in the NSX. 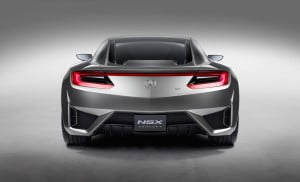 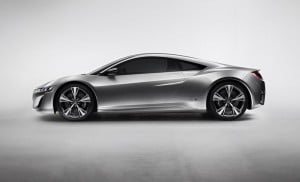 The Acura NSX Concept will be powered by a 3.5 liter direct injection mid-mounted V6 engine producing atleast 308 hp of maximum power and a torque of 266 lb-ft.  The concept will also utilize a new hybrid form of Super Handling-AWD (SH-AWD) system, which would drive the rear wheels by means of a seven speed dual clutch gearbox. And unlike the current SH-AWD system, the new system will send power to the front wheels by a pair of electric motors. Each motor is assigned to a wheel, and the system has the ability to accelerate the outer wheel during turns, creating a yaw and hence improving the car’s ability to turn in and rotate.

As of now it’s still unclear whether the company will use the same architecture of the Acura NSX Concept or perhaps share its platform with some other vehicle when it comes to production. According to officials the development program of this vehicle is still in its initial stages, but the company has promised that the production version will roll out of the company’s plant in Ohio within the next three years.