Peugeot the French automaker has everlastingly pursued its passion for cutting-edge technology throughout its 200 years of history. The company is the only one of its kind which offers comprehensive solutions to bikes, cars as well as vans. The Peugeot Onyx Concept represents the company’s vision for the future but at the same time also sustains the tradition by using the double bubble roof and the aluminium arches same as that of the RCZ. Out of some of the concepts Peugeot revealed at the recently held 2012 Paris Motor Show, the Peugeot Onyx Concept was the most impressive of them. 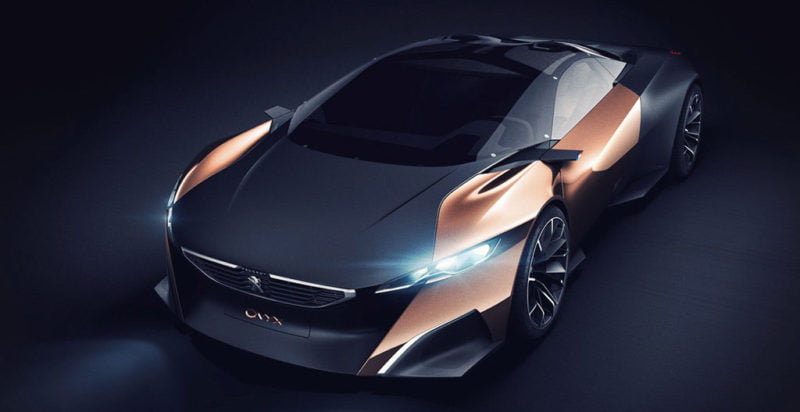 The outline profile of the Peugeot Onyx is the first thing which will fascinate anyone. The profound aerodynamic line definitely takes its admirers beyond the high performance limits. The raw & state of art materials used in the car has put the incredible design of the car a style league of its own. Before the car was launched at the motor show, the company had said that the Onyx concept is made out of materials processed as little as possible. Also the doors are made out of polished metal mirror which will develop a patina as time passes by. And just like reat of the supercars, this one too gets carbon fiber in a matte black colour for the rest of the body. 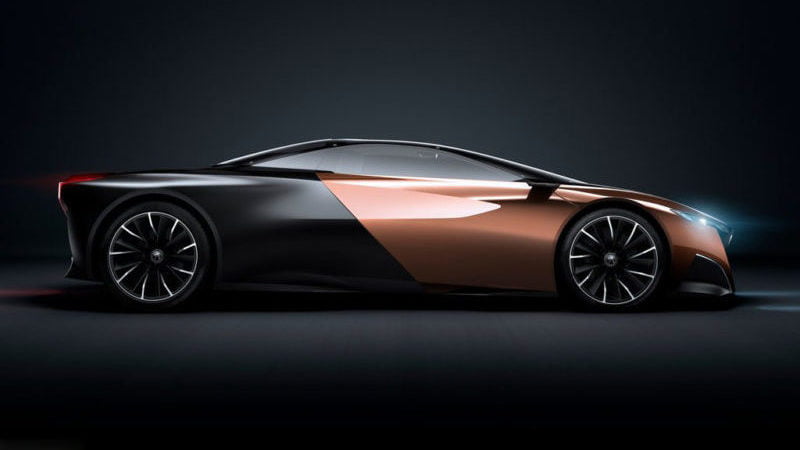 The interior of the Peugeot Onyx Concept is as impressive as its exterior and the powertrain. In a press release its interior designer Julien Cueff says, “For the interior, I was inspired by everyday object, the egg box. With extraordinary economy of material, it protects very fragile items. I adapted the concept into an intuitive space, with a minimum of connected parts, to become one with the car.” The car gets a single floor to ceiling material, dashboard which is finely finished with wood produced from used newspapers and seats with plenty of leather, Alcantara and contrasting stitching. 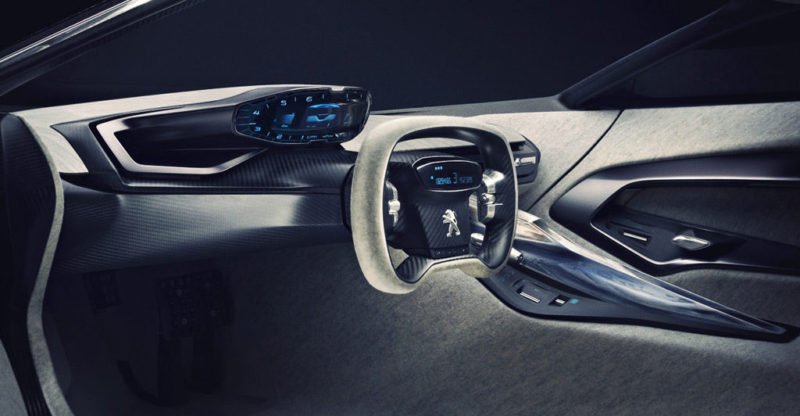 Designed by enthusiasts this car doesn’t let you down even when it comes to performance. The car is powered by a 3.7 litre turbo-diesel V8 engine which was the same used in Peugeot’s former 908 LeMans racer. Although the engine is capable enough to generate 600hp of power, yet the company claims that Onyx Concept produces an extra 80 Hp of power using a F1-style KERS system which is capable of extracting energy which is otherwise lost during braking. Though the performance figures are not exactly known, it is believed that the car can accelerate from 0-62 mph in just 3 seconds.

As of now the Peugeot Onyx is just a concept car which is designed to cheer its fans at the company’s home Motor Show, as well as to boost the morale of its employees within the company. So there is no point in expecting the car to be launched any time soon.

However we can hope that the company may use this car’s technology in producing low-volume supercars in future. 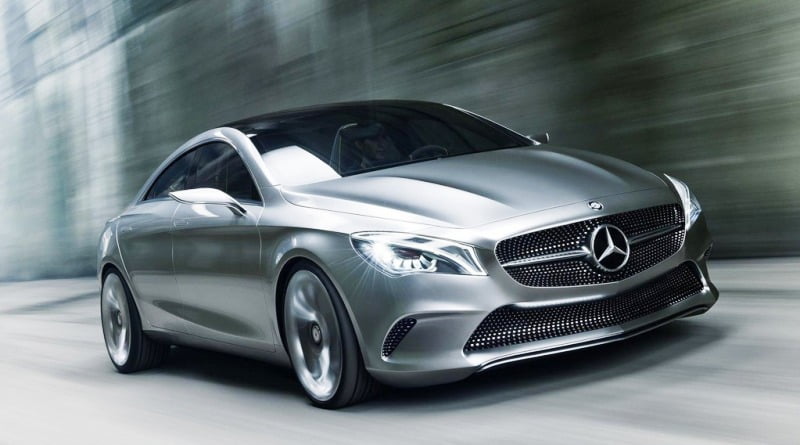