The 2013 Geneva Motor Show has been a debut platform for many supercars. One among them is the all new McLaren P1. During a press conference, the McLaren Automotive emphasized that the clear goal of this new supercar is to be the best driver’s car in the world on road as well as track. And for achieving this, the company is using all of its 50 years of racing experience and success, especially in the aerodynamic and lightweight carbon fibre technologies. The result being that the car gets an unparallel amount of downforce found in any car, somewhat similar to the GT3 racing car. This addon not only helps the car achieve better cornering and braking performance but also attains balance, stability and drive-ability at all speeds. 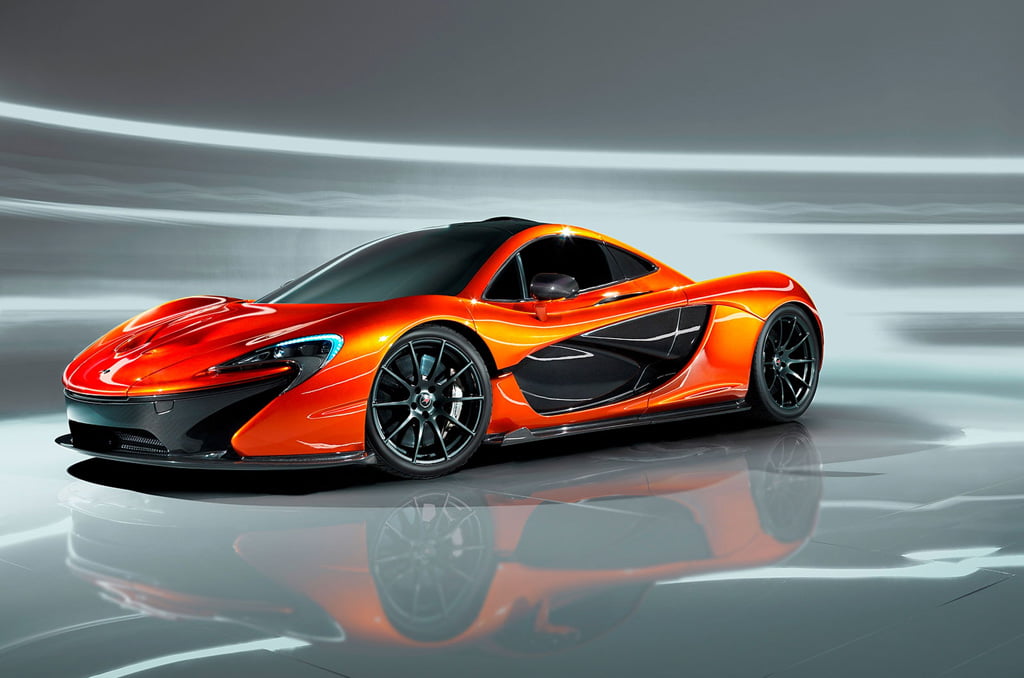 The McLaren P1 was designed from the outset to prioritize aerodynamic performance, just like any Formula 1 car. This car too had to go through the process of wind tunnel testing and CFD aerodynamic modeling to optimize the aerodynamic flow, both to provide incredible levels of downforce and cooling to the powertrain. McLaren is a known world leader in carbon technology and the McLaren P1 gets a new revolutionary carbon fibre MonoCage monocoque that forms a complete structure incorporating the vehicle’s roof and its distinctive snorkel air intake. This material offers lightness, strength and rigidity improving performance, safety, handling, agility, efficiency, durability and ride comfort. In addition to this the vehicle also gets features like adjustable ride height, revolutionary RaceActive Chassis Control (RCC) which can lower the car by 50mm in Race mode, adaptive spring rates, roll controls, pitch control and damping and much more features that enables the vehicles to easily take corners even at 2g’s. 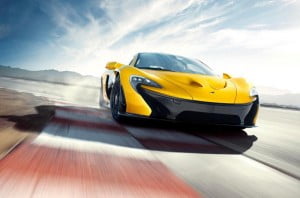 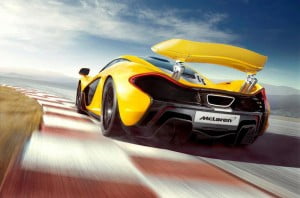 With a clear goal to be the driver’s best car, the McLaren P1 also makes sure that the interiors offers the driver and the passenger a cocooning, efficiently packed comfortable cabin. Inside it feels like a cockpit of a fighter aircraft, complete with glass canopy overhead and a windscreen deeper than it is wide. The carbon fibre is also used extensively inside the car for the two seat cabin, dashboard, floor, headlining, doors, and rockers thus reducing the overall weight of the vehicle to improve the performance. Other eye catching feature inside the car is the digital instrumentation inside the dashboard. This includes a set of F1-style shift indicators which start of green, change to red then blue and steering wheel which is made precisely as a McLaren racing driver’s wheel. 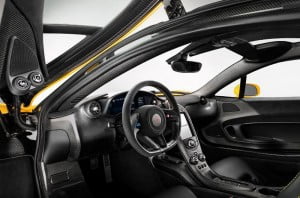 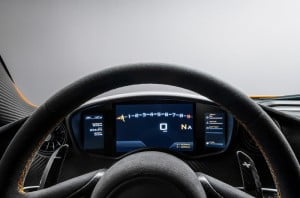 The McLaren P1 will be powered using combined force from two highly efficient powerplants, offering the vehicle with an optimum mix of day to day drivability, superb throttle response and top speed. The main power source is the mid mounted 3.8 litre twin turbo V8 petrol engine that produces a maximum power of 737 PS (727 bhp) at 7500 rpm and a maximum torque of 720 Nm at 4000 rpm. The other power source is the lightweight electric motor producing a maximum power of 179 PS (176 bhp) and a maximum torque of 260 Nm instantly from standstill. 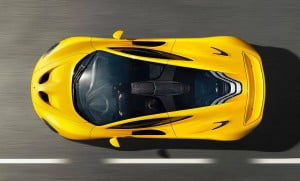 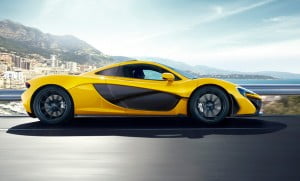 With a price tag of £866,000, one may thing that the car may hardly find any buyers, but one may be surprised to know that customers have been placing orders ever since the near-identical concept car was first revealed at the last year’s Paris Motor Show. However to maintain exclusivity, the company has limited the production number of McLaren P1 to just 375 units, ensuring that the car will remain a rarity and if at all spotted on road, an unforgettable sight.