For some, being rich and famous is all about showing off status, and nothing turns heads like a supercar. Celebrities have certainly owned some impressive cars, even if they have had to pay for the privilege. In this article, Aston Martin DBX dealership Grange give us their top 5 most extravagant celebrity supercars.

Rap stars sure do seem to love their cars, as JAY-Z also makes the list of the most expensive celebrity cars ever. His extravagant vehicle is the Maybach Exelero — among the rarest cars across the globe. 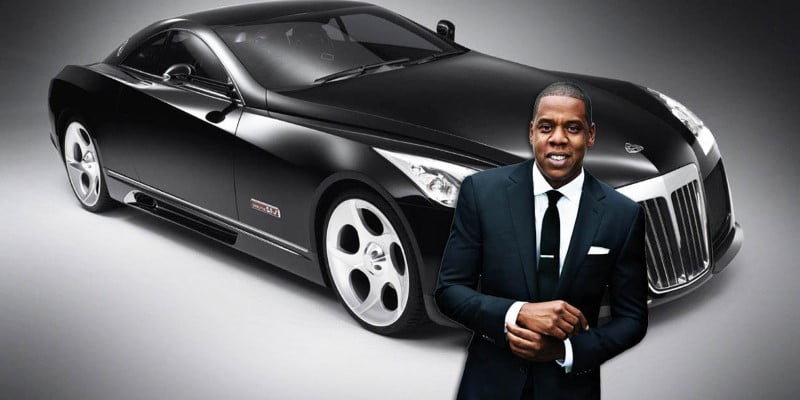 Reported to be worth between $7 million and $8 million, this car packs in a V12 engine that delivers 700 horsepower and the capability of going from 0-60mph in just 4.4 seconds. Its launch speed is only brought down slightly by the fact that it weighs a huge 2.6 tonnes, though it can still reach a top speed of 220mph.

If you find the Maybach Exelero to be a bit familiar, it may be because you saw this magnificent set of wheels in the video for JAY-Z and Kanye West’s hit Otis.

The Bugatti Veyron stands out in the motoring industry for being one of the fastest cars in the world — it can go from 0 to 60mph in just 2.5 seconds. However, Flo Rida certainly managed to make his Veyron stand out even more by having it custom-painted in bright gold.

Delivered to the American rapper originally in a pearlescent white paintjob and already costing $1.7 million, Flo Rida soon made the decision to seek out the services of Florida’s Metro Wrapz and had the vehicle decorated almost entirely in gold chrome.

Gold-plated wheels from Forgiato were fitted to the car too, in order to catch the eye even further.

The Hennessey Venom GT Spyder became one of the great cars in the motoring industry on March 25th 2016, when the car set a new world record for open-top sports cars — a blistering top speed of 265.6mph!

Another fact tied to this vehicle is that Steven Tyler was the first person across the globe to own this impressive set of wheels, paying $1.1 million for the car. As well as its phenomenal top speed, Tyler’s Hennessey Venom GT Spyder packed a twin-turbocharged 7.0-litre V-8 engine that could deliver the vehicle with 1,200 horsepower and 1,155 lb/ft of torque. All this power translates on the road to a car that can reach 60mph from a standstill in just 2.7 seconds.

This vehicle catches the eye thanks to many stylish touches too, including the fact its interior is decorated in black leather that is offset by red accent stitching and a teardrop eye logo that has many similarities in its design to one of Tyler’s tattoos.

Moving our attention into the world of sport, let’s take some time to appreciate the 2010 Koenigsegg CCXR Trevita once owned by Floyd “Money” Mayweather.

Extremely rare, to the point that only two models were ever made, this hypercar’s twin-supercharged 4.8-litre V-8 engine can deliver 1,018 horsepower, as well as the opportunity for the car to climb to 60mph from rest in a miraculous 2.9 seconds and a top speed of over 250mph.

Koenigsegg even went as far as to state that its 2010 CCXR Trevita is “a diamond on wheels”, surely helped by the fact that the manufacturer developed a unique coated fiber solution for the vehicle which resulted in the often black carbon fibers being transformed into “a sparkling, silvery white”, according to the firm’s own words.

Can you imagine the joy at being given a Lamborghini as a birthday present?! This is exactly what happened to American rapper Kanye West on his 35th birthday, with the gift of a Lamborghini Aventador given to him by then-girlfriend Kim Kardashian.

Rumoured to have cost the Hollywood celebrity around $750,000, this is a car that produces 700 horsepower, can reach 62mph from a standstill in a mere 2.8 seconds, and can then reach speeds of 217mph.

The Aventador already looked amazing in its gloss black paintjob too, but Kanye made the car even more awe-inspiring by given it a matte black finish to make it look like a vehicle that had just rolled off the set of a Batman movie.

Please input your email address. That email is already subscribed. Your address has been added.
Tags: celebrity supercars
Bob March 16, 2020