The 2013 Geneva Motor Show had yet another mouth dropping supercar, the Lamborghini Veneno. Apart from the other two supercars, the Laferrari & McLaren P1, which were also debuted at this motor show, Veneno is something which cannot be missed. This car is the 50th anniversary vehicle from Lamborghini and so it had to something special. Just like any other Lamborghini cars, the name Veneno is the name of one of the strongest and most aggressive fighting bulls ever that had wounded the famous torero Jose Sanchez Rodriguez in the year 1914. 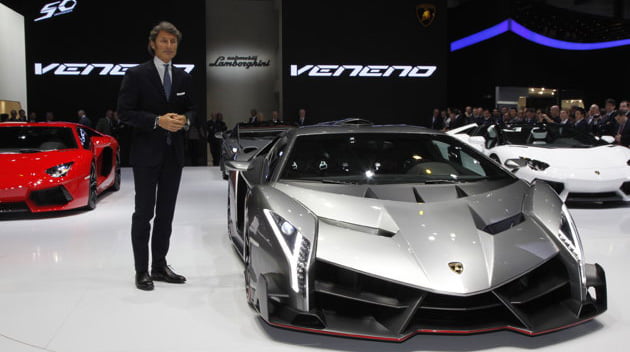 The Lamborghini Veneno has one of the most extreme exterior designs which has been seen on any supercars till now. Though it was anticipated that this new car will be based on the design concept from the previous model Aventador, the car doesn’t have any resemblance to it. From the front the car features a large aerodynamic wing with huge channels allowing the air to arrive in the front hood, taking it to the windshield and then the front wheels. It gets spectacular Y-shaped angular headlamps which run deep into the fenders and the scissor doors. From the sides, the car catches the attention with its larger wheel arches on the front and rear end as well as the tri coloured racing stripes running all the way from the front end of door to the rear. 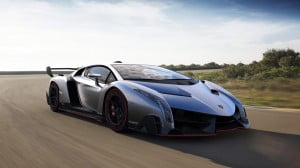 From the rear it looks somewhat like the exoskeleton of an alien creature. Optimized for under-body aerodynamics and high speed cornering stability, the rear gets a substantial diffuser framing four sizable exhaust pipes divided by a splitter. There’s also a large opening at the rear that provides better ventilation to the engine. Apart from this other noticeable features on the rear are an adjustable rear wing, rear lights which are also Y-shape designed and engine covering featuring six wedge shaped opening helping the V12 beast to cool down in the best possible manner.

Just like the exterior the interior of the Veneno is also dominated by the carbon fiber. This becomes clearly visible as soon as one sees the central tunnel and the sills. The two lightweight bucket shaped seats are also made out of Lamborghini’s patented Forged Composite material.  The use of composites reduces the weight of the vehicle to a considerable amount which in turn increases the driving fun. What makes the interior look stunning is the new completely redesigned instrument panel with aggressive graphics and some additional features like the G-meter, providing all the necessary information to the driver for controlling the car. 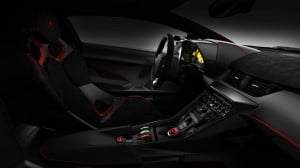 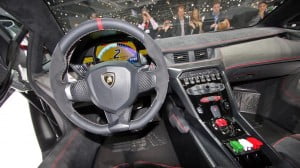 The Lamborghini Veneno is powered by an improved version of the 6.5 litre V-12 engine already installed in the Lamborghini Aventador. This new version gets enlarged intake paths, optimized thermodynamics, exhaust system with lower back pressure and slightly higher rated rpm. All this things adds upto give the vehicle a power output of 750 bhp. Also as Veneno is 275 pounds lighter than the Aventador, the performance numbers are also quite stunning. The car accelerates from 0-60 mph in just 2.8 seconds while reaching a top speed of 221 mph. A 7-speed ISR manual gearbox with all wheel drive is mated to the engine to give the best performance results.

Lamborghini Veneno will be priced at €3 million or around $4 million. Also there are only 3 units of the vehicle which is manufactured as of now, and inspite of the huge price tag all the three units have already been sold out. 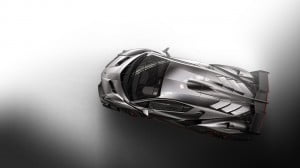 So this car is simply another supermodel from Lamborghini which probably except for those three people no one else will be able to enjoy.