Human population is increasing day by day. People are just flocking in the cities and villages. The most populated areas are those areas which are totally developed and have ample opportunities for growth. Cities, especially metro cities are over flocked by the crowd of people. So when so many people will commute from one place to another then they obviously will look for transportation system. If they daily have to commute from one place to another then they should prefer public transport and if they rarely have to go then they must go for individual transportation. Actually because of unavailability of proper transportation system people don’t like to go by public vehicles and instead prefer to go by personal vehicles. 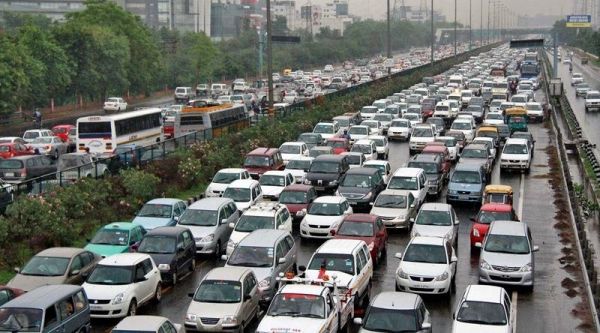 There are other reasons like they wish to show off their status and even they feel more comfort in their own vehicle, but this is increasing the problem of population all over. Most of the people are using cars for going to their destinations, so you can see that a huge rush is there on the roads. The others who are unable to purchase new cars are also looking for used cars in Chennai and other cities like this.

This is a strange kind of phenomena that even though people know, it can hinder their future development and pollutes their environment still they like to go or they have to go by their cars. This has a solution which Govt. suggests, that is car pool. A car pool means that people who belongs to the same area if they have similar destinations they can go by one car, or if the whole family is going to one destination then they should go by one car only, as it is good, that they will further get so many complications related to global warming. So we really have to think upon the issue that how much it is important to take out a car.

These days one major problem which is visible in the cities, is that people don’t have spaces to keep their cars. There are multistoried buildings and less space is provided for parking, if there are so many cars in a house or building then it becomes problematic to handle them.

Solution, a hope for future

Still these problems have solution, if a human will work willingly then he can never get problem of this kinds. He should know that he has some responsibilities towards the next generation. He has to give something to his future generation. If this will be kept in mind then we can make a healthy world and can live happily for long time. Even though some people say that old cars have much problems of pollution but if they are repaired properly and pollution check is done on time then this kind of problems will never occur. So if you are opting for an old car a proper maintenance is necessary.