The next generation 2018 Porsche 911 test mule has been spotted for the very first time while public road trials in Germany. The prototype features the same body panels like existing 911 with noticeable wider rear wheel arches and protruding fuel cap. 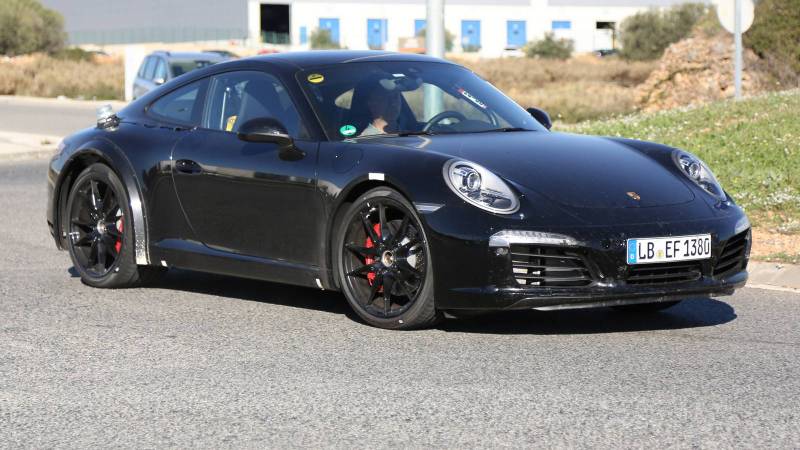 
Porsche has recently unveiled face-lifted version of 991 and is planning to unveil all-new 911 by the end of 2018. This Prototype carries cues from 2017 911 and will ride on new modular sport car platform developed by the company. The new platform allows greater flexibility in positioning of engines, suspension setup and other features necessary to adopt hybrid technology for next generation 911. The same platform may be used in next generation versions of the Boxster and Cayman. 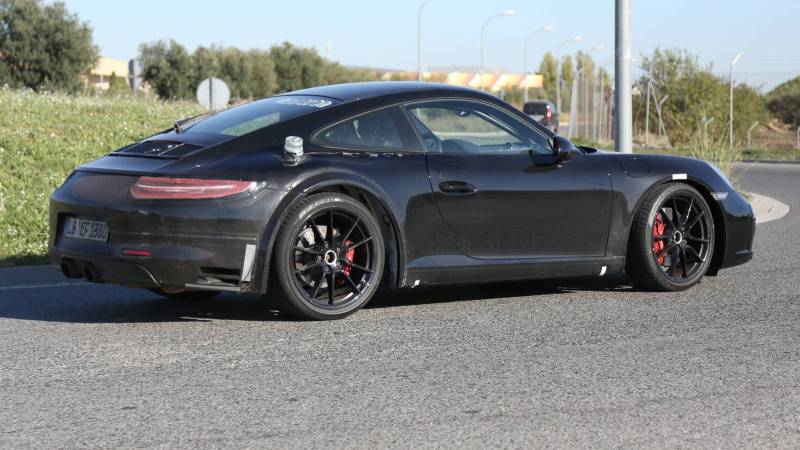 At the moment, there are no firm details available about the hybrid powertrain, but we are expecting it may feature same twin-turbocharged, 3.0 -liter six cylinder engine currently powering Carrera and Carrera S variants. This new flat six twin-turbo develops 370 ponies along with 331 foot-pounds of torque for 2017 911 Carrera 4 lineup and with a modified compressor fitted, it punches 420hp and 368 foot-pounds of torque for Carrera 4S models. 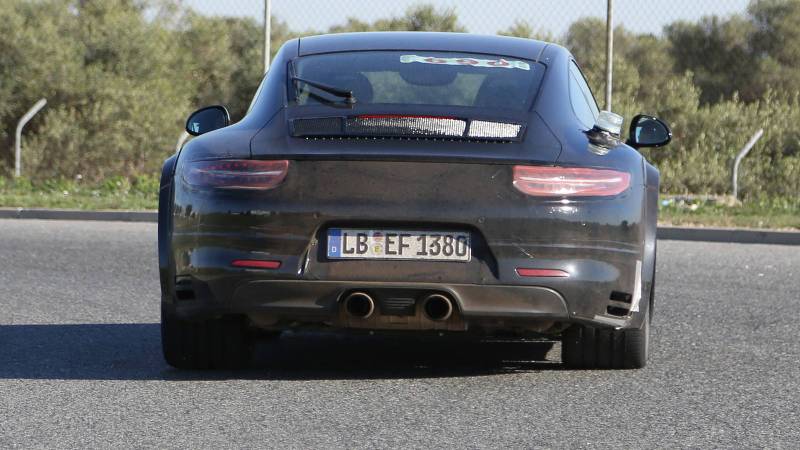