The last Porsche 918 Spyder model has finally rolled off the assembly line in Zuffenhausen, Stuttgart. The 918 Spyder is a mid engine plug-in hybrid sports car designed and developed by Porsche. The Spyder is powered by 4.6L normally aspirated v8 engine developing 608hp with two electric motors additionally providing 279 hp combined producing a punch of 887hp. With this power Spyder can accelerate from 0-62mph in 2.8 seconds and top out at 211mph. 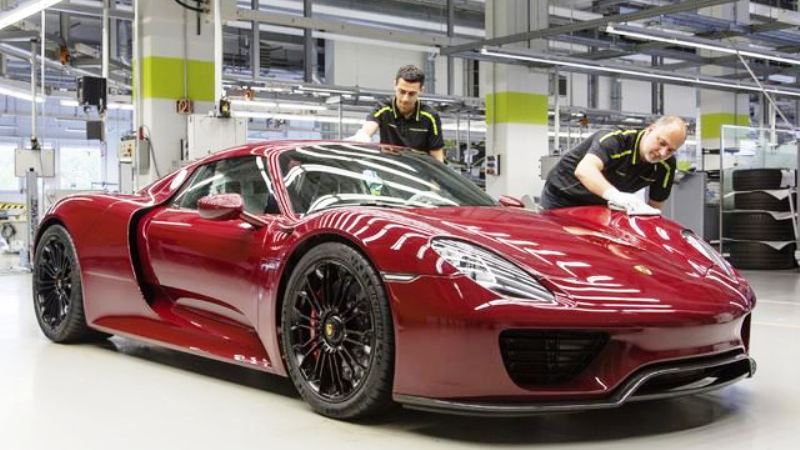 
The Porsche 918 Spyder is limited edition sport car and Porsche planned to produce only 918 units for its selected customers. The 918 Spyder was unveiled at the 80th Geneva Motor Show in March 2010 as a concept and the production version was shown at 2013 Frankfurt Motor Show. The 2013 model year 918 Spyder is being produced in a limited series and it was developed in Weissach and assembled in Zuffenhausen urban district in Stuttgart. The production started in November 2013, with deliveries scheduled to begin in December 2013. 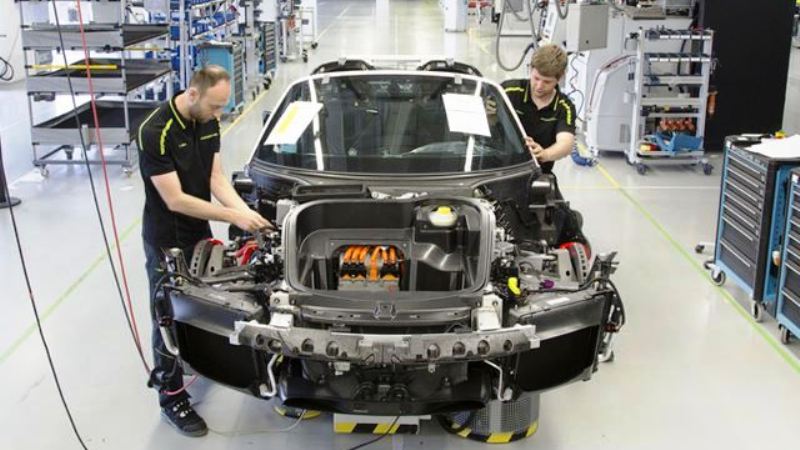 Porsche quotes that in September 2013, a 918 fitted with the optional ‘Weissach Package’ set a Nurburgring lap time of 6:57 on the 12.8 miles road course, making it the first series production street-legal car to break the 7 minute barrier. 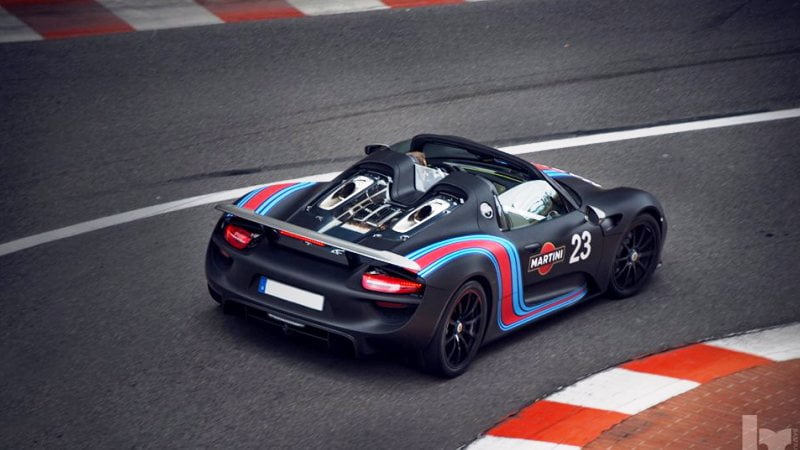 Check out the video for this lap record below:

Other important performance parameters are as follows: