DAYTONA BEACH, Florida— Atleast 28 fans were injured when Kyle Larson’s car flew into the front stretch catch fencing, moments before the end of the Nationwide Series race held on Feb 23rd at Daytona International Speedway. This eventually turned out to be horrific multi crash event, with Kyle’s car shearing off its front half and leaving large pieces of the vehicle inside the fencing. Speedway president Joie Chitwood said 14 of the injured spectators were transported off-property for medical attention and 14 were treated on site. 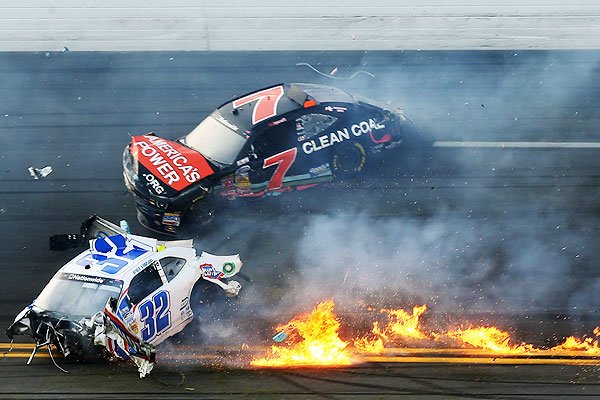 The wreck began as Regan Smith turned sideways and a dozen cars hit behind him, when Tony Stewart was almost taking his chequered flag for victory. Later Smith admitted it was his fault adding “I threw a block”. Larson, who made his first start in NASCAR’s second-tier series, was thrown into the catch-fencing. His car tore a hole in the fence separating the track from the stands. Also the engine as well as one tyre and other debris came out flying into the grandstand. 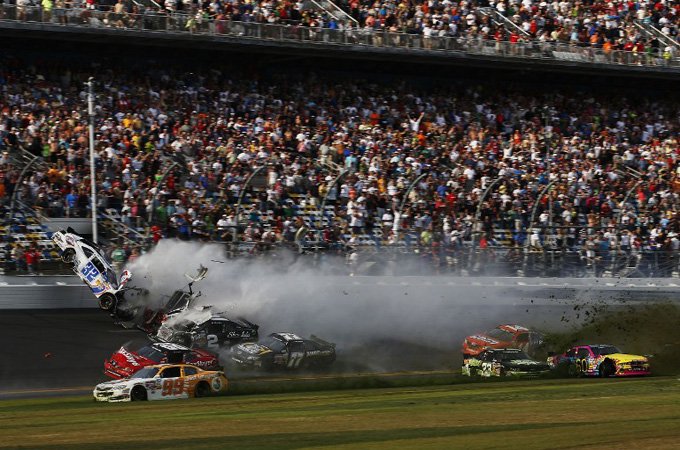 None of the drivers involved in the crash were injured, except for driver Michael Annett who was hospitalized with chest bruising after hitting a safety barrier earlier in the race. Terry Huckaby, a fan whose brother was injured, told the news agency, “When the car hit, derbis went everywhere, tyres went flying over our heads. It was like a war zone there”.

NASCAR vice president Steve O’Donnell later said the NASCAR will conduct a complete investigation of the incident to determine if any additional safety changes need to be implemented. O’Donnell commented, “We look at these things after every incident to learn how we can apply changes in the future. If we can improve upon it, we will put those improvements in place as soon as we can. But we need to take the time to really study it. The safety of our fans is first and foremost.”

Please input your email address. That email is already subscribed. Your address has been added.
Tags: Horrific Crash
Bob March 7, 2013