Among the various concept cars displayed at the Paris Motor Show 2012, Citroen Numero 9 Concept was one of the eye catchy concepts. This sleek looking concept can be considered as the company’s continuous effort to push the Citroen DS lineup higher in the market. The Numero 9 is also a reflection to the various design elements to be found in three brand new DS models soon to be launched in the market. These include a C-segment compact sedan, a midsized D-segment sedan and an SUV. Launched earlier at the 2012 Being Auto Show this car is definitely an effort to bring back the French auto company from its hard hit crisis. 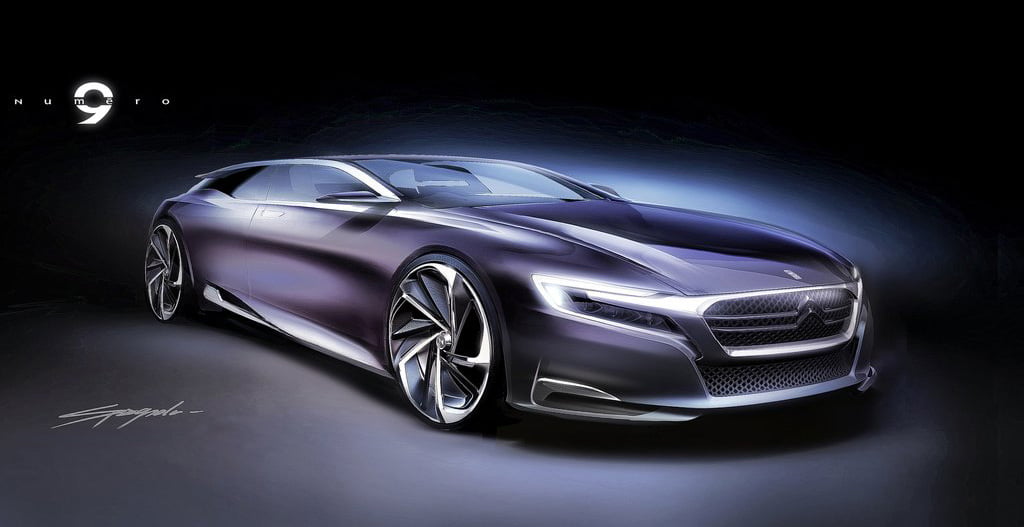 The Citroen Numero 9 concept features a shooting brake design while at the same time maintains the tradition & sophistication of the current DS models. The main highlighting feature on the exterior design is the new front-end identity with a grille that’s sculpted in 3-D and LED-headlights which end in daytime running lights. Also the other interesting feature in this vehicle is the new floating roof which has a chrome trim below it with clear DS marking on it. The concept is painted in black and gets an impressive set of 21 inch wheels. Other setup on the exterior includes a rear spoiler that reinforces the fastback effect, windscreen pillars that allows air flow around the cabin and turbine shaped wheels rims which increases the air flow around the wheel arches hence reducing both turbulence as well as fuel consumption. Overall the vehicle measures 4.9 m in length, 1.94 m in width and 1.27m in height. 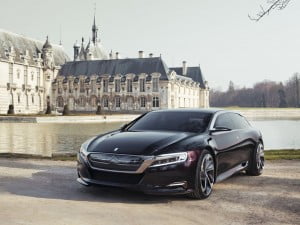 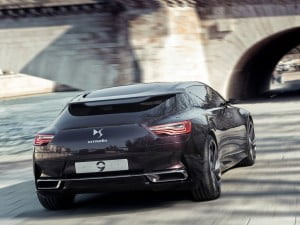 The Citroen Numero 9 concept will no doubt have unique onboard comfort with generous spacing which we can come to know from its exterior dimensions itself. Providing plenty room for the front as well as rear passengers, the vehicle also has three glass areas in the roof which creates a friendly welcoming ambience inside the cabin. More details on the interiors are yet to be released. 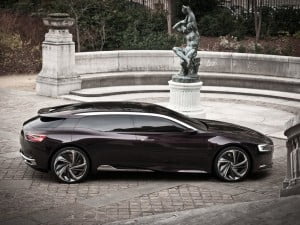 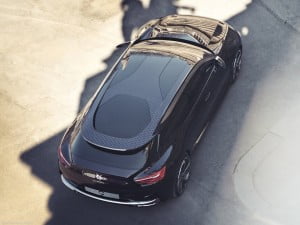 Just like most of the present generation concept cars the Citron Numero 9 concept too is powered by both an internal combustion engine and an electric motor powered by batteries. So the main power generating source among the two is the 1.6 litre THP petrol engine that generates 225 PS of peak power and a max torque of 275 Nm. Backing this is an electric motor powered by a lithium-ion battery. This one generates a maximum power of 70 PS. The power from the IC engine goes to the front wheels while that from the electric motor goes to the rear wheels. Performance vice this concept vehicle can accelerate from 0-100 Km/hr in just 5.4 seconds while reaching a top speed of 244 km/hr (152 mph).

The Numero 9 is presently just a concept. However many of the ideas & technologies shown in this car can be implemented in today’s hybrid cars making it more fun and safe to drive.