American tuning company Bulletproof Automotive unveiled their 15 year anniversary project – the BMW Z4 GT Continuum at the 2015 SEMA. This project is inspired from old designed race cars or Formula series cars that gets an open cockpit and slim design with large scoop behind the driver. The end result is an insane BMW Z4 GT modified car with extremely flat silhouette and a completely new look. 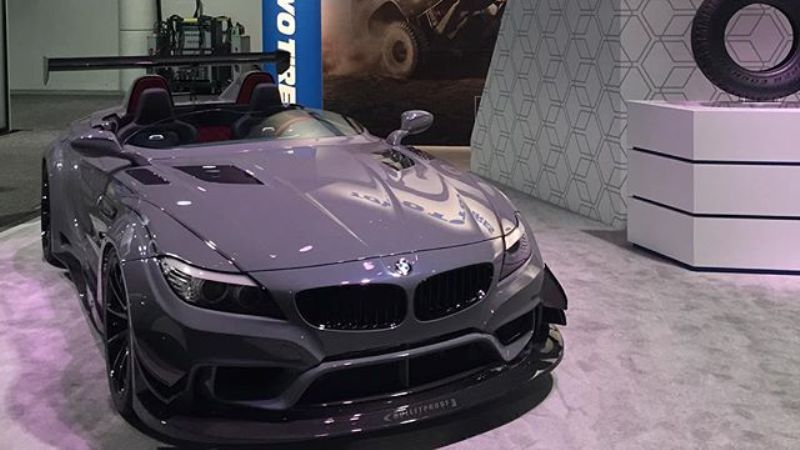 This car is based on the E89 BMW Z4. Bulletproof Automotive has removed almost the entire windshield, scraped off the foldable metal roof converting it into open top roadster with widebody kit. The widebody kit consists of front splitter, a newly designed front bumper with wider air intakes and dual canards, side skirts, wider front and rear wheel fenders, rear diffuser and large wing spoiler.

From the front end, the car looks more aggressive due to solid widened wheel arches, front splitter, a new front bumper with carbon fiber canards and the tiny windscreen. Moving towards the side, the Z4 GT Continuum has new side skirts, wing mirrors and the most noticeable mate black three exhaust pipes that are pulled out right behind the front wheels through front fenders. The Z4 GT is lowered considerably with an adjustable suspension and it looks similar to Z4 GT3 race car. 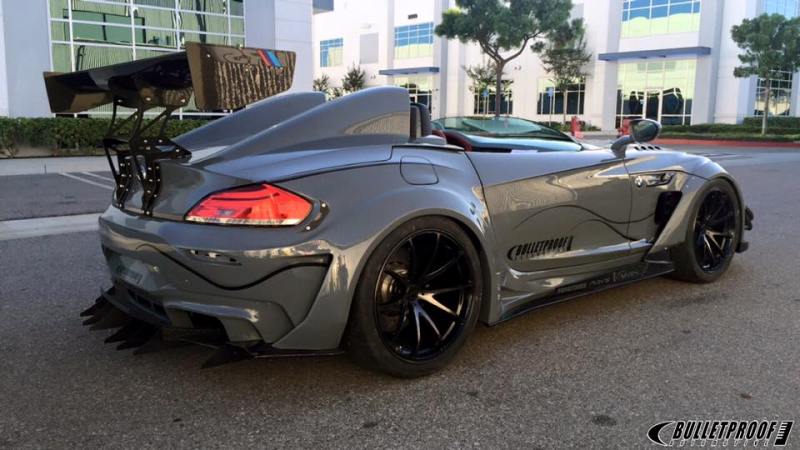 Rear facia is where lots of modification has been done and is dominated by a towering rear wing and carbon fiber rear diffuser with protruding fins. The other details regarding engine tuning, custom interior and price details of wide body kit are not available.