The BMW M4 is a high-performance version of the 4 Series automobile developed by BMW’s in-house Motorsport division, the BMW M GmbH. The M4 is one of the fastest M cars ever produced by BMW achieving 0-100kmph in just 4 seconds. Part of the renumbering that BMW splits the 3 Series coupe and convertible models to the 4 Series (to further differentiate with the 3 Series sedans), the M4 replaces the M3 Coupe and Convertible models, also Gran Coupe. Upgrades over the standard 4-Series include a very powerful and responsive Twin Turbo charged engine with improved handling, suspension, and braking systems, aerodynamic body enhancements, and interior/exterior accents with the tri-colour “M” (Motorsport) badging. The overall weight of the car is significantly reduced compared to the standard 4 series and its predecessor with its all new stiffer chassis and the extensive use of carbon fiber, especially in the roof of the car. 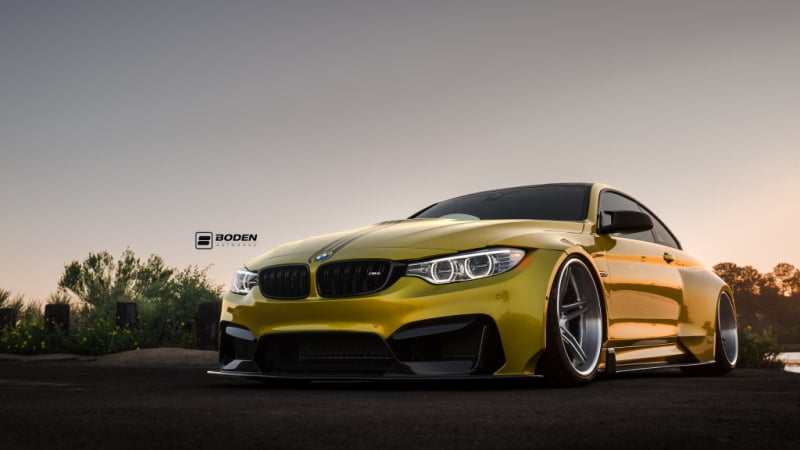 The BMW M4 is a classy looking car by itself. Some people need something more than stock, here is widebody kit made by TAG MOTORSPORTS which makes the BMW look like its straight out of a NFS game. The most significant modification for this M4 is the bold Vorsteiner widebody kit.


The front fascia of the BMW M4 widebody stands out with its carbon fiber front splitter and four deadly carbon canards. Additionally, a carbon fiber bonnet has been installed while flared front and rear wheel arches were added to increase the visual wideness of the car. 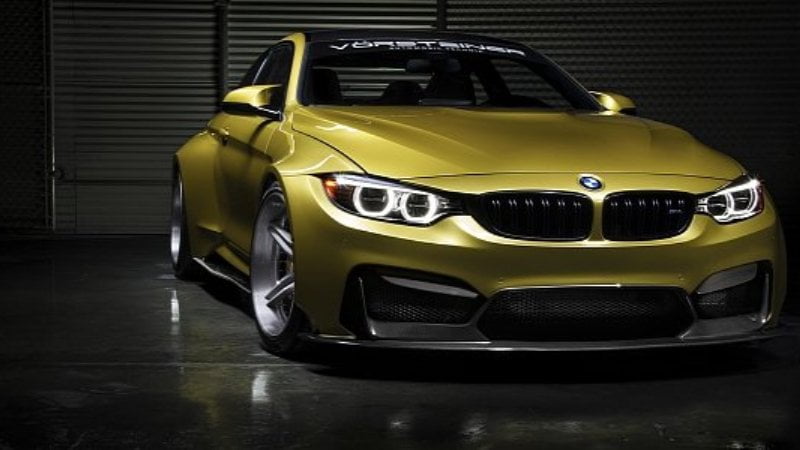 Further modifications include new front and rear quarters panels, a set of black five-spoke wheels, a new rear diffuser and a racing rear wing made by Studie Japan.

The list of upgrades doesn’t end here as TAG Motorsports have applied a titanium exhaust system with carbon tips from Akrapovic, along with HRE’s 20-inch wheels finished in brushed titanium and wrapped around in 265/30/20 front and 345/25/20 rear Pirelli P Zero tires. There are some mechanical tweaks as well, such as an AWE Tuning carbon intake and an ESS ECU upgrade for the 3.0-liter 6-cylinder Twin Power Turbo engine while the Bilstein Club-sport coil over suspension rounds off the changes.