It can be observed that on the cars we drive there are few short forms used and here is a list of the most common automotive acronyms used in the automotive world.

Most companies use these short forms as marketing and advertising tools.

Many cars are also seen with chrome letters of these short-forms either on the trunk or on the front fender. In most of the cases they are nothing but an abbreviation of the technology used in the engines of those cars. While some of the other abbreviations are used for naming a type of car such as SUV, MPV or a feature used in the car ABS, EBD or the variant of the car. 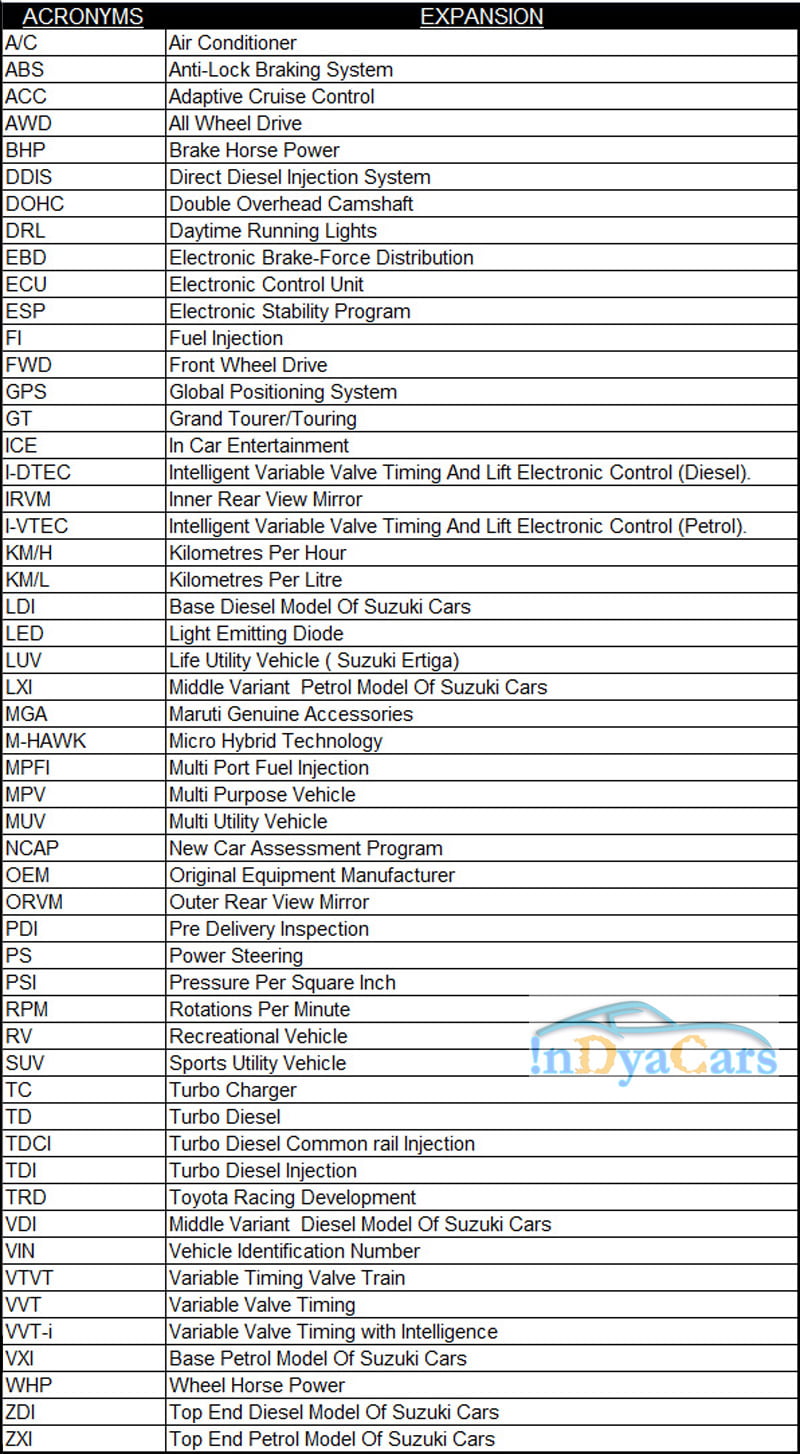