BMW finally unveiled its secret BMW i8 Hydrogen fuel Cell Prototype at the 2015 BMW Innovation Days held at the secret BMW ground in Miramas, France. BMW manufactured this prototype back in 2012 as a research vehicle and has been kept under wraps until now. This research prototype extensively used to demonstrate feasibility of Hydrogen Fuel Cell Technology that should be ready to use for large scale production by 2020. This project is a joint venture between BMW and Toyota whose aim is to develop, test and approve components needed to incorporate Hydrogen Fuel Cell technology in their future series of cars. This prototype is purely for research purpose and BMW has no plan in the near future to bring it to the market. 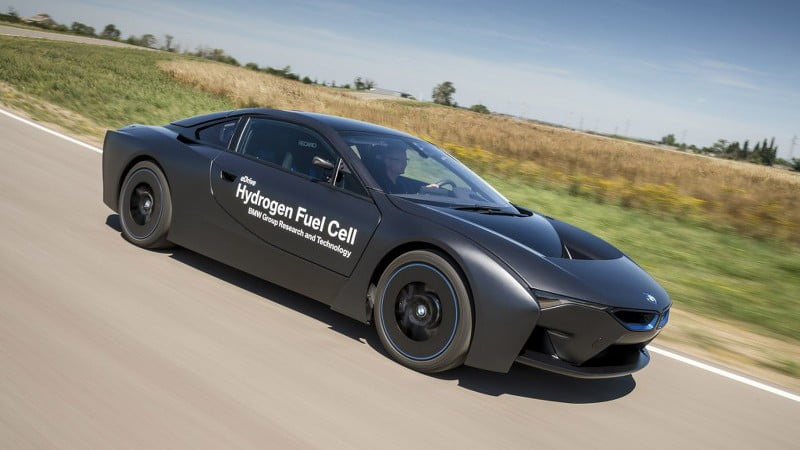 This Matte Black Prototype is a bit different in look than the current BMW i8 model available in the market. The Front grill has a new angular interpretation than the BMW’s familiar Kidney Grill structure with distinctive two large air intakes to cool front radiators. The slimline headlights are totally integrated and located right above the air intakes.


The rear end has more conventional and basic design approach with layered headlights and familiar BMW logo in the center. The entire body has been aerodynamically designed to enhance high speed performance and carbon fibre material to keep body weight to a minimum. 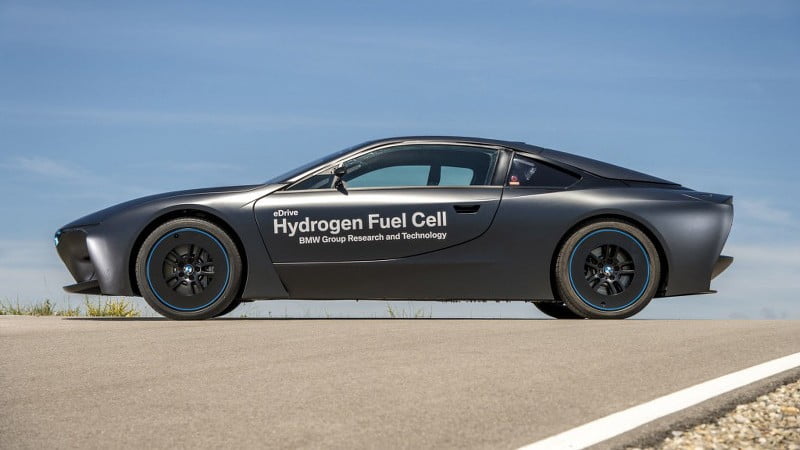 The technology in this car is very interesting and we would all like to see this car soon on the roads, however from sources we have come to know that there is a delay until 2020 when this car would be seen running on the roads with fully developed hydrogen fuel cell technology!!

Please input your email address. That email is already subscribed. Your address has been added.
Tags: BMW BMW i8 BMW i8 Hydrogen Fuel Cell
Yuvi July 2, 2015