Originally launched in 2007, and borrowing aluminum monocoque construction among other things from Audi’s racing stable, the R8 quickly gained a reputation for combining everyday usability with true supercar performance. When Audi launched its R8 supercar in 2007, its mid-engine layout was dictated by its exotic sibling, the Lamborghini Gallardo. Both of them were design masterpieces. 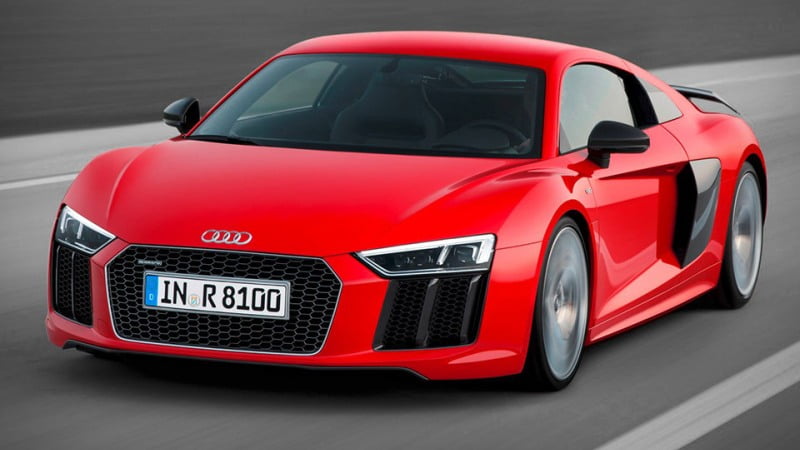 Developed from the ground up, the 2017 Audi R8 is a fitting sequel to the four-ringed original. This second generation model is lighter than its predecessor, and is powered by a 5.2 FSI engine outputting up to 610 hp, which is paired with a 7-speed S tronic transmission and an updated quattro all-wheel-drive system. A top speed of 205 mph and a 0-62 time of just 3.2 seconds. And to help keep all that speed pointed in the right direction, you get optional 20-inch wheels, carbon fiber ceramic disc brakes, four driving modes, standard LED headlights, and optional laser high beams.


The outgoing R8’s entry-level V8 engine has been discontinued, and the new model carries a V10 engine derived from the Lamborghini. Linked exclusively to a seven-speed S tronic transmission controlled by shift paddles, the ten-cylinder rockets the R8 from zero to 62 mph in 3.5 seconds and on to a top speed of 200 mph. A brand new version of Audi’s quattro all-wheel drive system helps put the power to the ground. 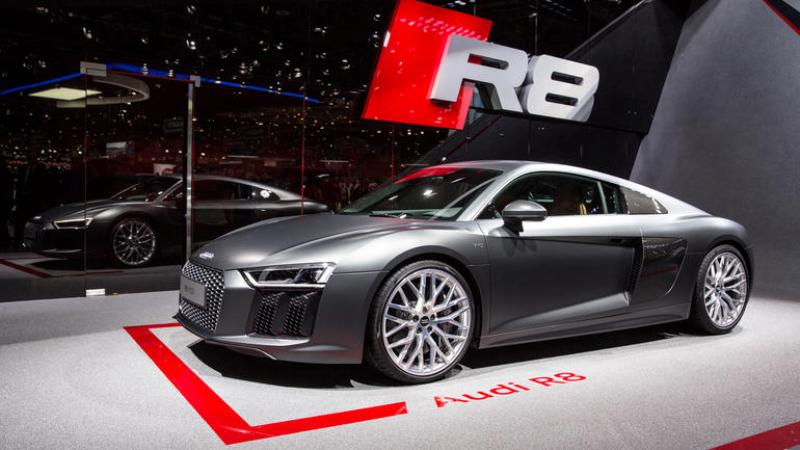 The Audi V10 gives a millage of 20 mpg and the V10 plus gives a millage of 19 mpg . It also has an option to turn off few cylinders , that is out of the 10 pistons only 5 can be made functional when full power is not needed hence saving fuel. 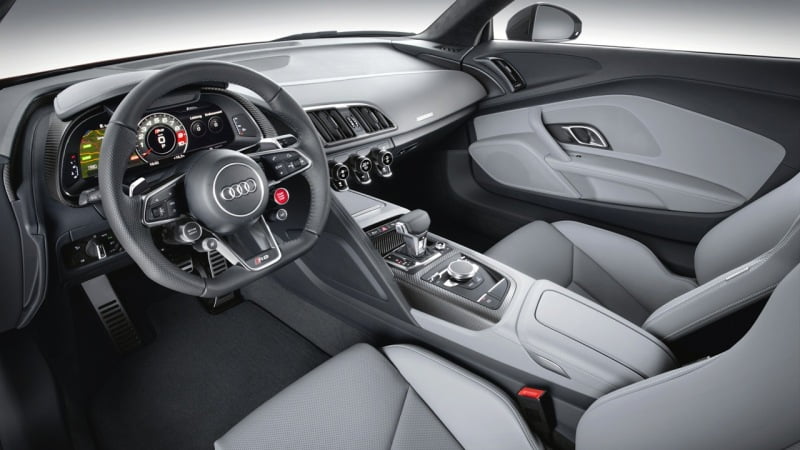 Audi made continual upgrades to the first-generation R8 that improved both its handling and its comfort, and there’s further improvement to be found in the new car. The greatest of these is in the steering, which presented a serious minefield to its engineers. All-wheel drive and electrically assisted power steering combined to rob the old car of nearly any steering feel and left it with an artificial lightness.