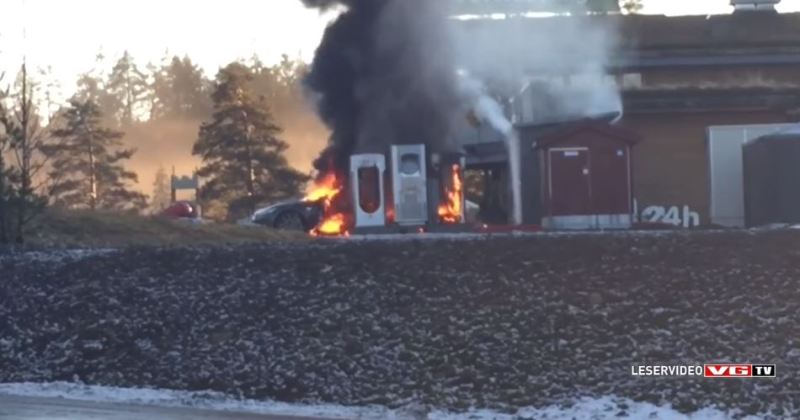 This fire incident took place on 1st January, when the owner of Tesla Model S in question had plugged his car in supercharger station and went for a break. From the video you can see that the car and station are engulfed in fire followed by an explosion of Lithium-ion batteries, burning most of the car and the supercharger Station to a pile of ashes.

We all are aware that Lithium-ion batteries are prone to catch fire while charging, leaving most of the car enthusiasts wondering about the possible cause of this incident. Tesla Motors has not issued any statement regarding this fire accident yet, but we are very much sure that Tesla will investigate this accident and will take necessary steps to avoid such mishaps in future.

Fortunately, there are no casualties reported and fire-fighters responded quickly to bring the blaze under control. The car and supercharging unit are completely destroyed in this fire. Well, this is not the first time Tesla Model S is in the news due to fire incident, back in 2013, two Tesla Model S crash lead to the vehicles catching fire. After completing the investigation, Tesla Motors added aluminium under-body shield and aluminium plate deflector to Tesla Model S.