Toyota the Japanese automobile giant has come up with a stunning video of traditional tumbling dominoes to portray the company’s leadership in environmental technology. The company was founded in the year 1937 and just 2 years back had celebrated their 75th birthday. With the largest number of vehicles manufactured (more than 10 million) per year; the company is also ahead in pushing the largest numbers of hybrid electric vehicles in the market. 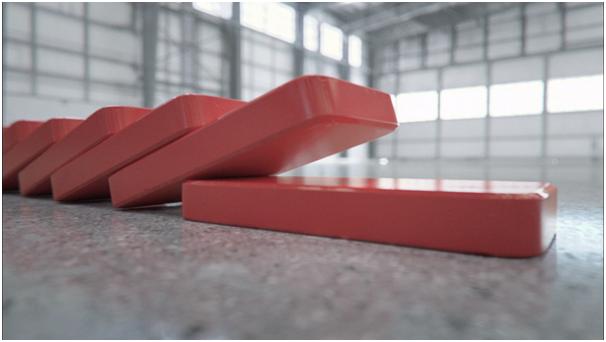 The video entitled Toyota Dominoes showcases the company’s spirit to innovation along with cleaner and better future. Unlike other videos with the Dominoes effect where-in the dominoes are shown tumbling into each other, here we can see that this concept is reversed and the dominoes are seen rising up. 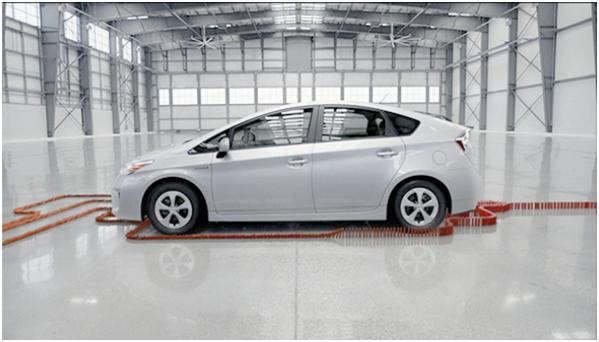 
Toyota Dominoes video starts with a fallen line of dominoes rising up and moves towards the most hyped three environmental cars from Toyota, the first one being the Toyota Prius Hybrid, then it goes towards the Prius Plugin and finally with a change in color these dominoes jump on the hood of the Toyota Fuel Cell Sedan, creating a path towards the imagery with words written on it, “H2 Fuel Cell Vehicle”.

Once all the 3 vehicles are covered, these dominoes head away to spell out the words, “One great idea leads to the next”.  Towards the end we can see multiple number of dominoes in different colors makes their way out to a green city, with tall buildings standing far off and words quote as ” Building a Better Future”.

Check out the video yourself to find out more.