A Silver Ferrari FF crashed into the guardrail after the driver lost its control in tight turn on the Motorway A3 near Hamminkeln (Wesel), killing both occupants on the spot. 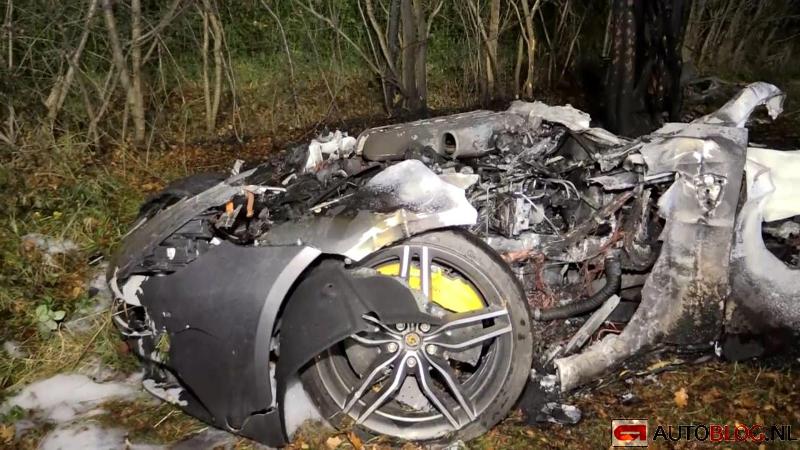 An eye witness claimed that it was raining when the accident happened and the car was travelling well over the speed of 200 km/hr. In a right hand curve, the driver lost control of the Sports Car and likely slipped into guardrail, slamming into a tree on the side of road. The car exploded into a ball of flames after it hit the tree; killing both driver and the passenger at scene. 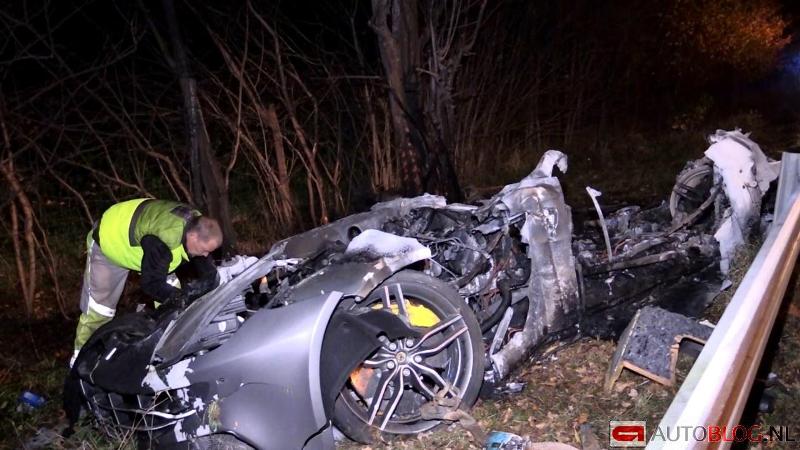 
The identity of both persons is not yet clear, but police have opened an investigation and are doing further investigation to know the actual cause of accident. From the shocking images, one could see a Silver Ferrari FF has been completely destroyed beyond recognition by the fire. This is yet another shocking incident wherein a supercar crashes and the passengers die on spot. The manufacturers of supercars should look into this matter more seriously to come up with a safety device to curb on these incidents.