McLaren has unveiled the all new McLaren 675 LT at the Geneva Motor Show. We knew it’d be quick. We now know how sensationally quick, in every way. We can think of the 675 LT – that’s LT for ‘Longtail’ – as a lighter, harder and more powerful version of the 650S. It’s ‘fully track-focused”, but is road legal, and in this LT guise will be offered as a coupé only. It has a multimedia system, and air-con, and carpets on the floor. 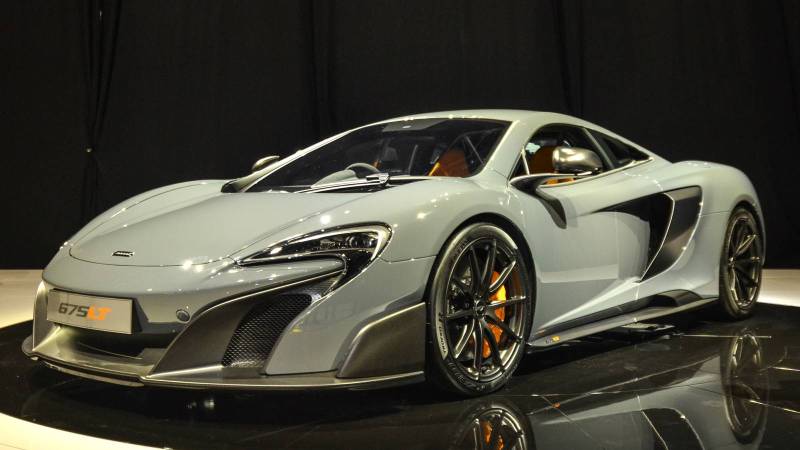 McLaren tells us that a third of this 675 LT’s individual parts have been changed compared to the 650S. Headline figure is that mass is down a remarkable 100kg versus the already skinny 650S. It’s now around 1300kg fueled and at the kerbside. Body parts, suspension parts, driveline parts, they’ve all been examined and changed if a lighter, better solution was available. What counts is the vastly improved gearbox that fires home up-shifts with a great crack of ignition cut, the superbly detailed steering feel thanks to a faster rack and front suspension that shares much of the P1’s architecture, and a balance that allows the driver to tune and dictate to the LT on their own terms. In fact that’s what really separates the 675 LT. 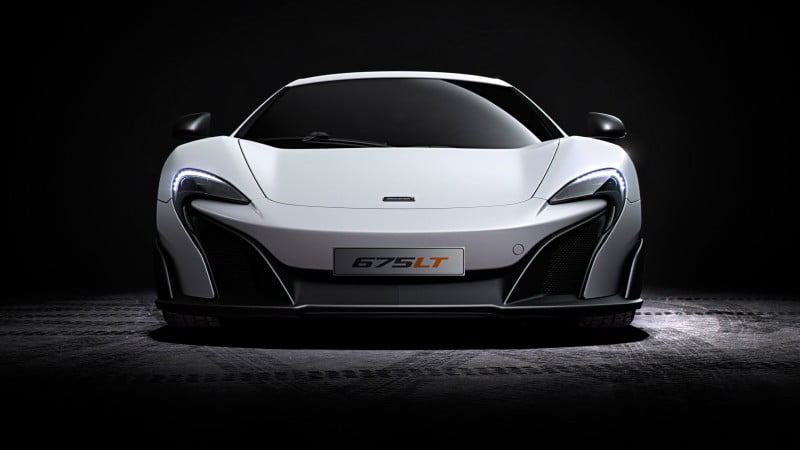 McLaren has reworked the body of the Super Series for this model, using carbon fiber where possible and redesigning a number of aerodynamic elements, including the front splitter, airbrake and rear deck; F1-style nose end-plates are also added. The result is a 40-percent increase in down-force compared to the 650S, which is no small achievement, given how the 650S manages aerodynamics. 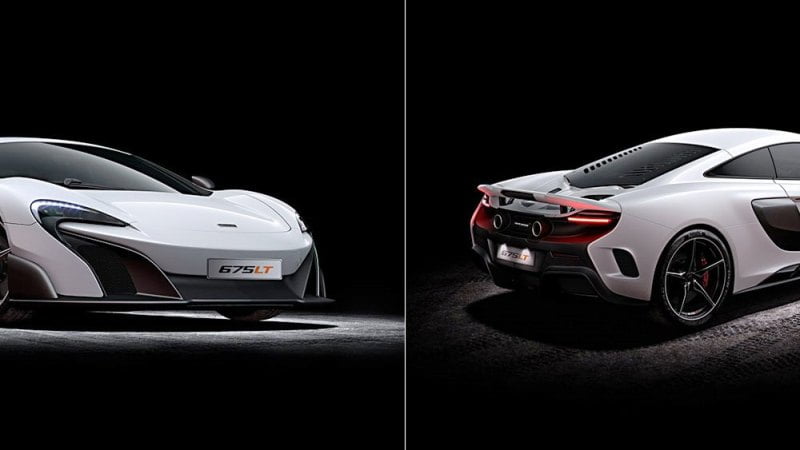