To enhance patrolling abilities of Police Force, Directorate of Traffic and Patrols in Abu Dhabi have been issued with this supercar – a 245 mph W Motors Lykan HyperSport. The Hypersport was  last seen by the common man as a stunt car driven by actor Vin Diesel in the recently featured Fast and Furious series. This car reportedly is the third most expensive car in the world after Lamborghini Veneo & one-off Maybach Exelero. It costs around $3.4 million or 2.16 million pounds and is one of the rarest supercar available in market, as only 7 examples have ever been manufactured so far.So one bought by the Abu Dhabi Police is one of those seven. 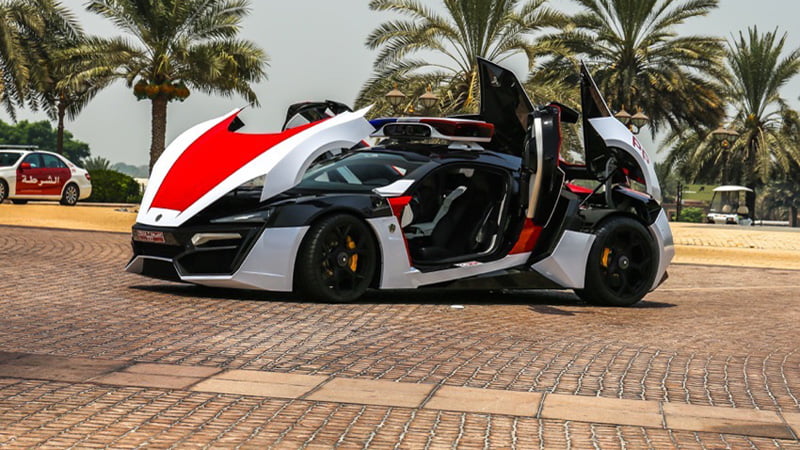 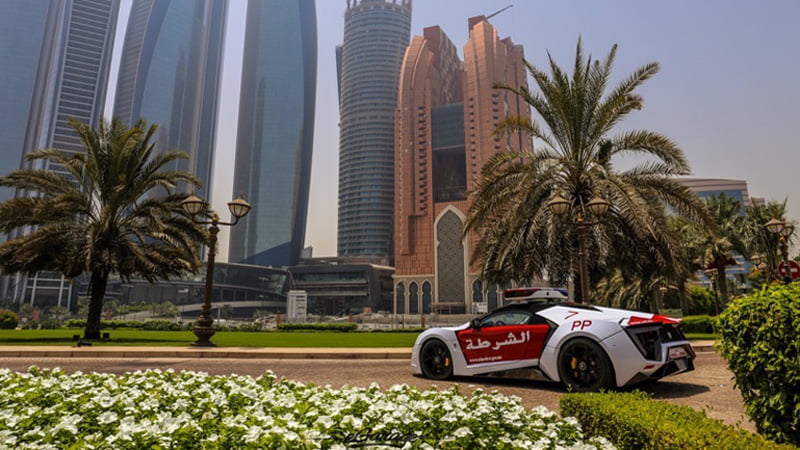 With cars like the Lykan Hypersport joining the blue side of the line, guess those looking to outrun the law now will have to retune their Lamborghinis or perhaps the odd Koenigsegg One.

However, like many others high-speed, powerful and expensive supercars available in the UAE’s police departments, this Lykan will just be a tourist attraction and probably won’t see any high-speed action even if it’s capable of 395 km/h (245 Mph). Well that doesn’t make it less cool, though.