Ferrari officially unveiled the GTC4Lusso, the spritual successor to the FF at a private ceremony held at Villa Erba in Italy. The all new GTC4Lusso was shown to the public and its prospective owners for the first time in this private gathering. 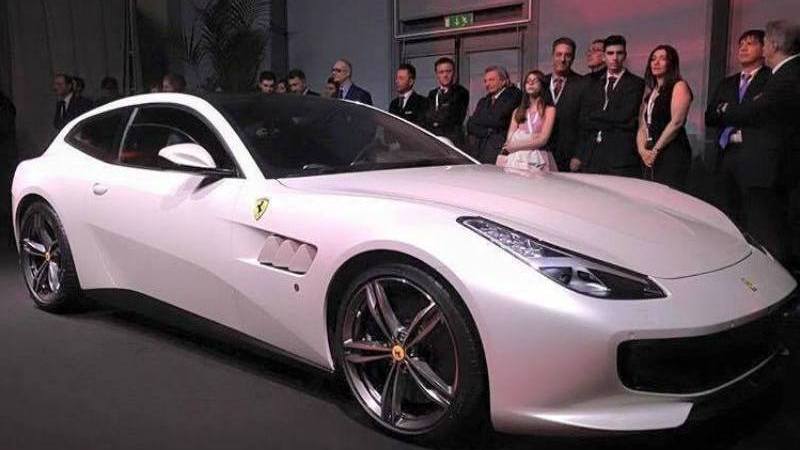 The ceremony started with a presentation of performance and luxury features of this new GTC4Lusso. After a brief presentation, Ferrari’s Formula one team members, Sebastian Vettel and Kimi Raikkonen drove a silver GTC4Lusso on to the stage, followed by two more models, one in red colour and another one in white. 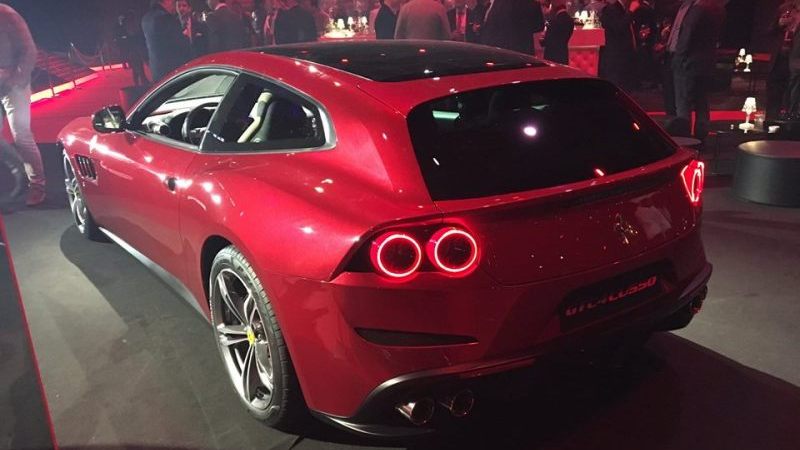 The GTC4Lusso features 6.3-liter naturally aspirated V12 engine, which punches hopping 680 hp and 697 Nm peak torque at 5750 rpm. This power routes through dual-clutch seven-speed automatic and 80 percent of peak torque is available from 1750rpm, giving the GTC4Lusso a very aggressive throttle response. It couples four-wheel drive a four-wheel steering system to deliver mind-blowing performance. Ferrari claims that the car can hit 0-60 mph in 3.4 seconds and a top speed of 208 mph (335 kmph). 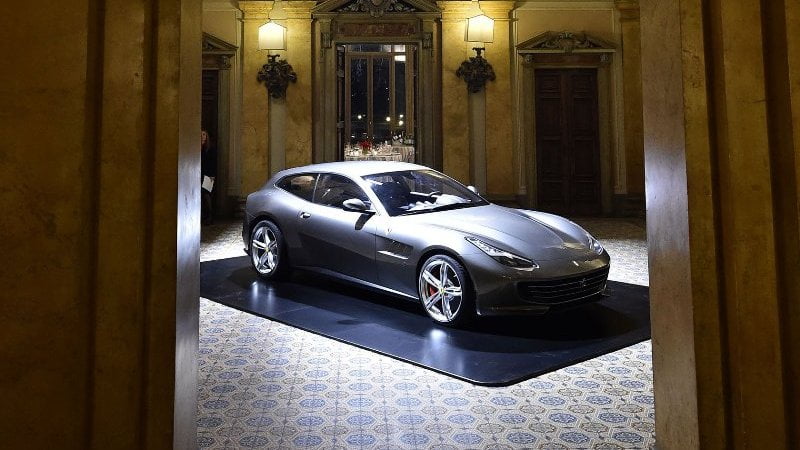 The interior is based on ‘Dual Cockpit’ theme to enhance the shared driving experience for both driver and passenger. It boasts acres of leather and a 10.3-inch latest infotainment capacitive display with touch controls. 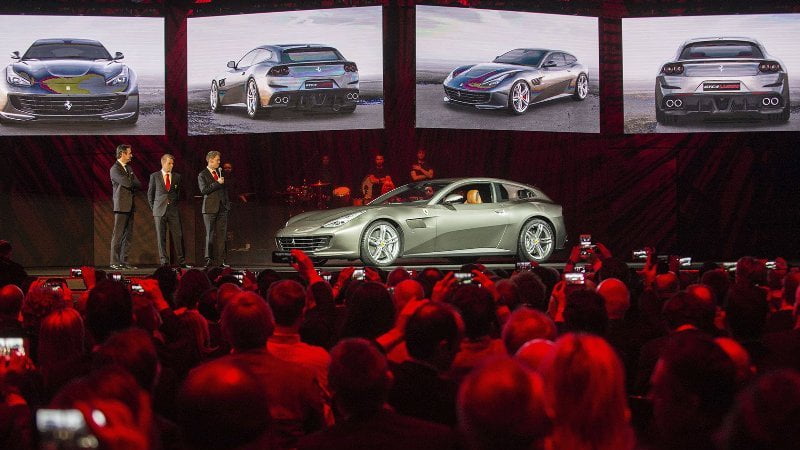 The GTC4Lusso will make its official debut at the upcoming 2016 Geneva Motor Show. Its name is inspired from the likes of the 250 GT Berlinetta Lusso and the 330 GTC and number 4 stands for the four seats inside the car.