Aston Martin has come a long way since the launch of the DB9 in 2003. British automobile manufacturer Aston Martin has finally unveiled the most anticipated DB11 to its fleet at the 2016 Geneva Motor Show. This stunning car will replace the long-serving iconic Aston Martin DB9. 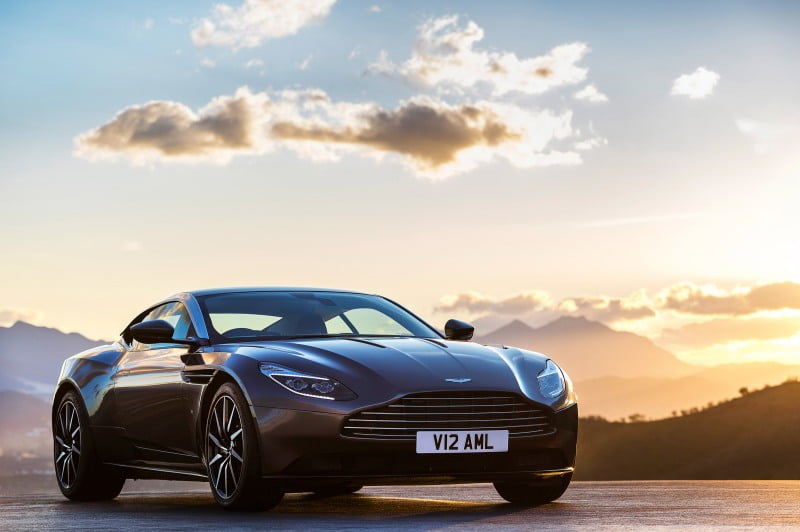 Set to hit the showrooms in 2017, the all new Aston Martin DB11 carries design features and style statement from its elder siblings; the DB10 and Aston Martin Vulcan. The DB11 is based on a new platform with fresh contemporary styling, and features Aston’s first 5.2-litre twin turbo V12 engine. Developed completely In-house, this new V12 delivers whopping 600hp and 700Nm (516 lb-ft) of peak torque. The most noticeable thing is that this new V12 doesn’t carry over any components from the old 6.0-litre V6, which powers the current DB9 and Vanquish. 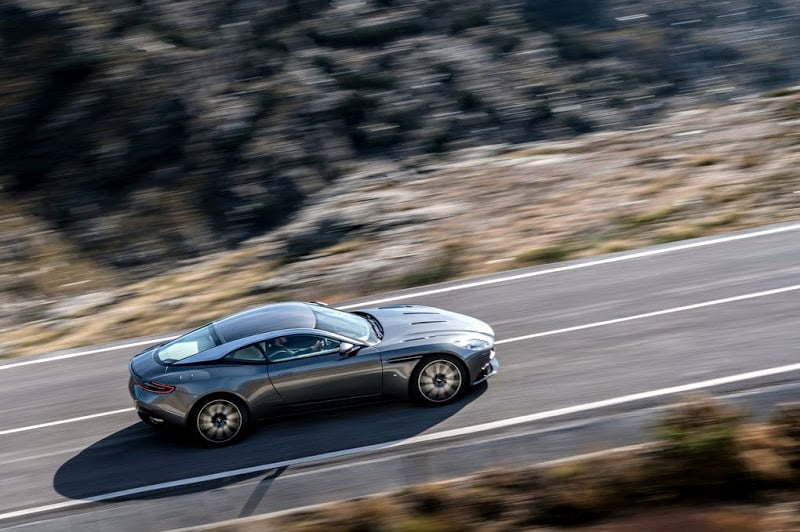 The two-door DB11 uses a new bonded aluminium platform and has 2805mm wheelbase. With a 1770 kg of dry weight, the new DB11 is 15 kg lighter than the DB9. The DB11 is still a 2+2 car and its longer wheelbase provides enough legroom at the rear. The car measures 4739 mm in length and 1279 mm taller. Look wise, the DB11 looks significantly different than its predecessors. 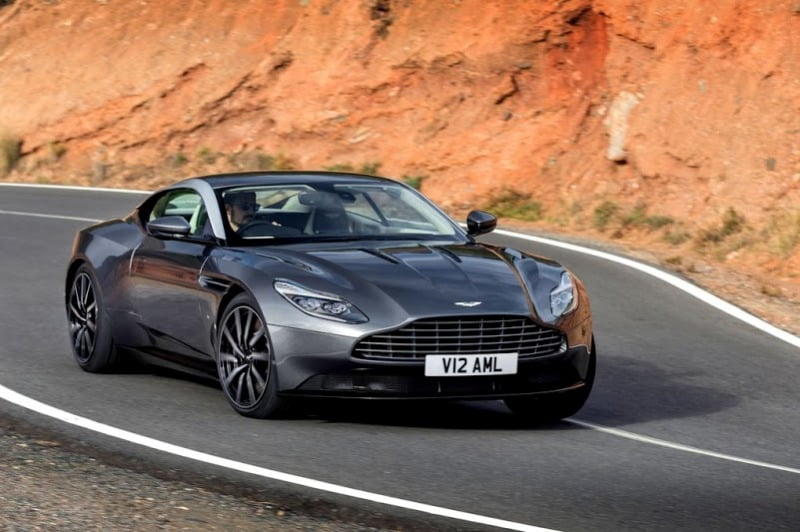 The front looks clean and classy with the striking new grille stretches across the nose, stylish and rounded LED headlights, the front splitter and a clean clamshell bonnet.

From the side, most noticeable features are the long trademark hood, side skirts, the grille like ‘Curlicue’ structure behind the front wheel arches to reduce the lift, a flared rear wheel arches and the short rear overhang. The sleek roof and its silver strakes that flow uninterrupted between A to C pillar adds character to the side profile. 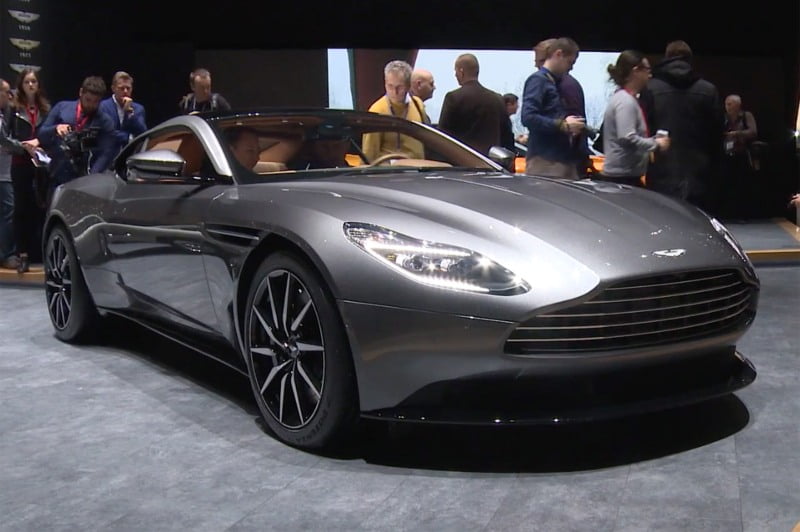 Another important feature is the new AeroBlade intakes, which guides the air through the base of the car’s C-Pillars, through the ducts inside bodywork and channel out at the top of the rear deck lid. Due to Airblade intakes, the DB11 doesn’t need a large rear spoiler to generate downforce. The DB11 rolls on 20-inch wheels wrapped in Bridgestone tyres and the speed can be held safely in check with steel brakes (carbon ceramics not offered).

At the rear, the C-Shaped LED taillights are nicely integrated in the bodywork, with a diffuser and dual exhausts giving the sportier look. 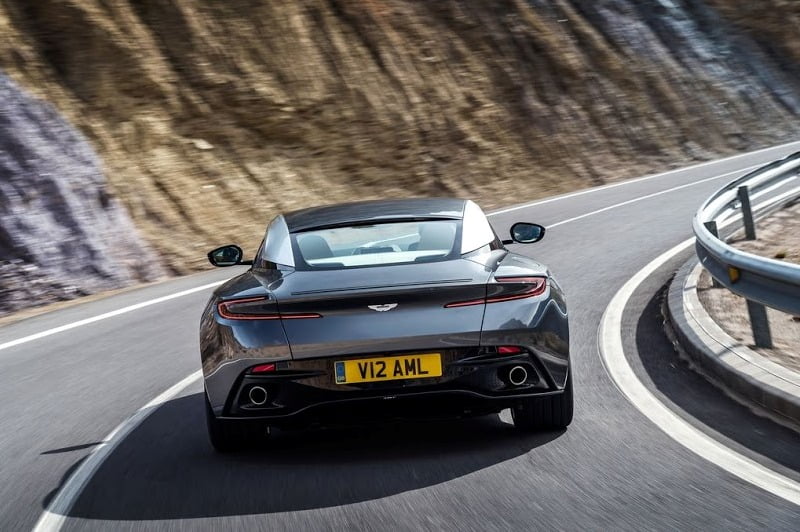 The interior has been gifted with new upholstery materials and finishes. It features the race-inspired instrument cluster, Mercedes-sourced eight inch TFT display with new satellite navigation, and the flat-bottom steering wheel. Nearly every surface of the interior is covered in fine leather and Alcantara highlighted by contrast stitching. 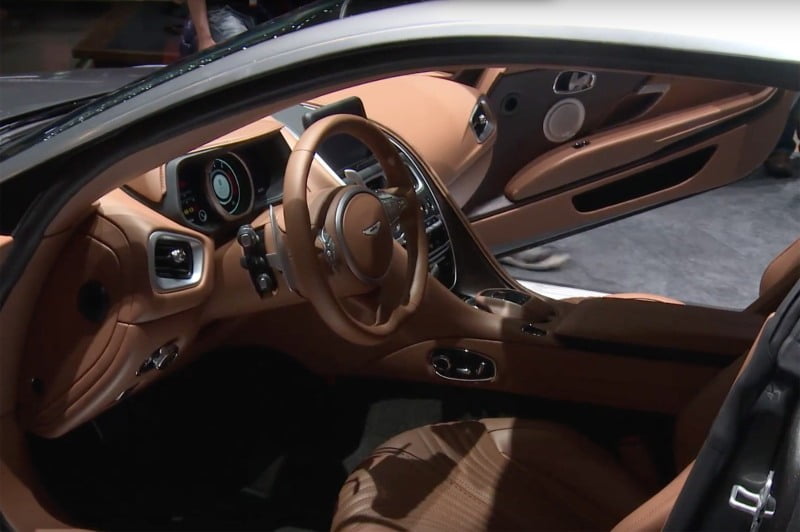 The DB11 has received a new electric-power steering rack, a height adjustable suspension with Adaptive Damping System (ADS) and dynamic torque vectoring for better ride comfort. With 600 horses under its belly, the new DB11 can do 0-62mph (100 km/h) in just 3.9 seconds and can achieve a top speed of 200 mph (322 km/h). 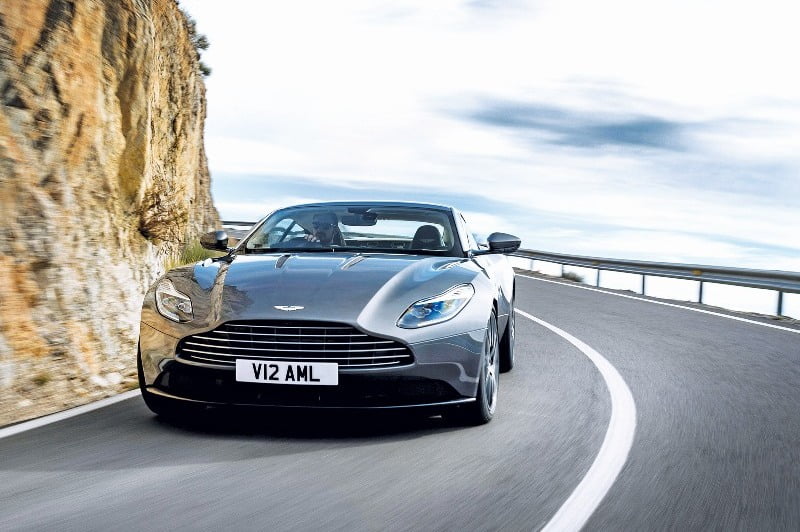 The Aston Martin has designed the new DB11 almost from the scratch, and will show whether Aston has what it takes to survive in the modern age. Priced at £154,900 ($215,000), the new DB11 will compete with the Ferrari California T, Bentley Continental GT and the new Maserati GranTurismo.

Anakha
View More Posts
Being a Biotechnologist, who was destined to be an introvert, sitting in laboratories and conducting experiments, she has a different outlook towards motor cars. She goes crazy over the rumbling of motor engines and likes to rock and roll with them.