Following Pulse, they have launched another yet successful sedan, a massive hit from the French auto manufacturers, the Renault Scala. Although the name suggests it to be a new, completely modified sedan, in reality it is not so. The Renault Scala is found to be a reinstated model of Nissan Sunny. Research has revealed that Renault India had developed new hybrid cars based on the appropriate competitor cars. They have no building factors that could let one believe that the sedan is not copied. The recent variety from Renault, the Pulse was developed based on Nissan Micra and Duster, was developed based on Dacia Duster. The on road rate for this sedan ranges from Rs. 7.05-9.67 lakhs.

Although Renault had developed Renault Scala based on Nissan Sunny, they had managed to make minor changes on the sedan, particularly on the exterior, to make them look fresh and new. However, they gave this sedan a brand new look with stylish clues from their master car, Renault Fluence. The bumper of the sedan is quite eye-catching with simple design and has a grille which is much more royal and enhanced than any of their earlier models. The rear end is found to be as royal and enhanced as that of the front view. The turn indicators of the sedan have ORVM feature and are electrically handled. The wheel arches are designed with premium alloys and they are body colored as well, which gives the sedan a stylish look. The overall length of the sedan is 4425mm, width of 1695mm and height of 1505mm. The Renault Scala has a ground clearance of 165mm. 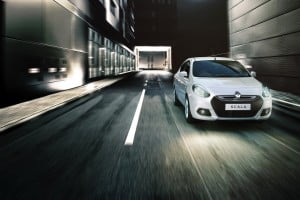 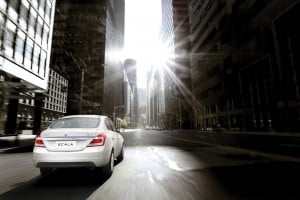 The interior of Renault Scala is worth mentioning. It is designed so as to include all the stylish and safety features within. The air conditioning is equipped with automatic climate control feature to ensure proper cooling is given to all sides. The well upholstered fabric seats ensure that maximum comfort is given to the passengers. To make sure that the rear seated passengers also get quite cool effect, AC vents are provided on rear seats as well. For further enhancing of the interiors, power windows, power steering and central locking systems are added to support the whole new look of Renault Scala. The sedan is made to fit 5 passengers comfortably and arm rests are present on the rear seats as well. On each armrest, cup holders are also present. The rear mirrors are electrically handled, while the driver seat can only be adjusted manually. To ensure complete relaxing and comfortable journey, the sedan is featured with dashboard integrated MP3/CD player with 4 speakers. The boot space provided by this sedan is 490L, which makes the passengers to fit in comfortably. 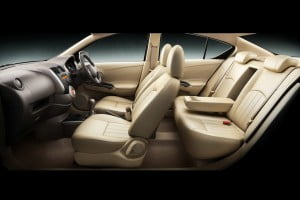 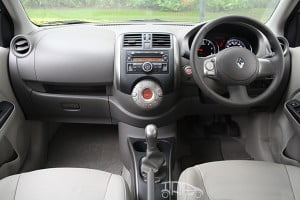 Renault Scala comes in both petrol as well as diesel variant, both of which are exceptionally fuel efficient as the engines are driven with five speed manual transmission gearbox. The petrol variant is powered by 1498cc, 4cylinder and 8 valve XH2 engine which produces a maximum of 97.6bhp power and a maximum of 134Nm torque at 6000rpm. The diesel variant comes with 1461cc, 4 cylinder and 8 valve K9K engine which generates 84.8bhp peak power and 200Nm peak max torque at 3750rpm.

Renault Scala incorporates dual front airbags to ensure complete safety of the driver and the co-passenger. In addition to that, the sedan  has an ABS locking system, electronic brake system, Speed sensing auto door lock system, ABS+EBD with Emergency Brake Assist system, Adjustable front and rear  headrests, rear window defroster with timer, Engine immobilizer, smoked style headlights and the variable intermittent front wiper also ensures that complete safety is provided for the passengers. The Renault Scala has the key safety feature of ventilated disk brakes at the front and drum brakes at the back. The sedan also features an automatic locking system as well as an anti – theft mechanism with alarm. 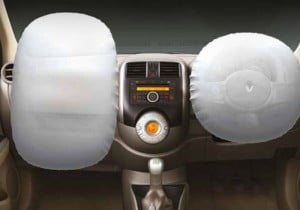 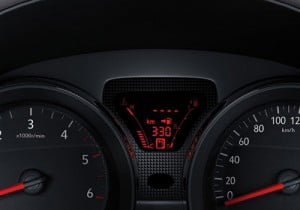