The luxury car maker Lexus has not only succeeded in making good cars but it gives a great driving experience, This time the company has taken it a bit further to show the world how much fun it is to drive a Lexus. 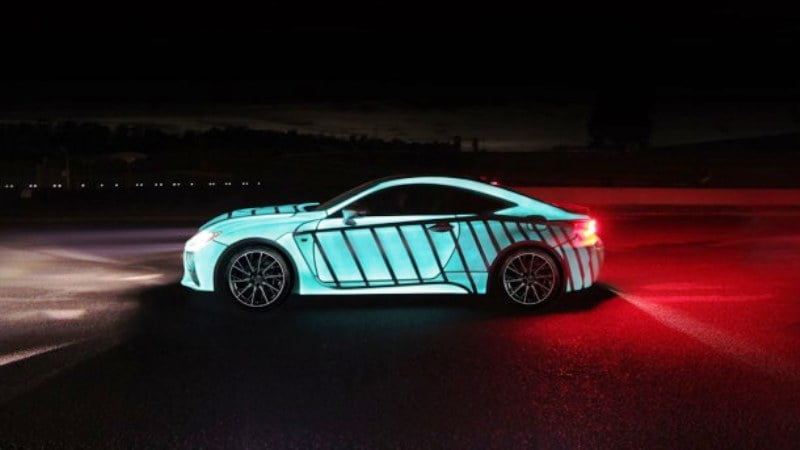 How was this achieved ?  Well, Lexus teamed up with creative tech division of M&C Saatchi Australia which came up with an electro-luminescent paint. All this does is the paint glows when an electric current passes through it.

A silver Lexus RCF was chosen for the experiment, All the panels were removed and painted with electro-luminescent paint and put back on the car. The mastermind was an arduino board, assisted with a custom made circuit which were connected to the panels and programmed.

The driver wears a miniature heart rate sensor module which is connected to the system and once its all up and running, it takes the Lexus driving experience to a whole new level. 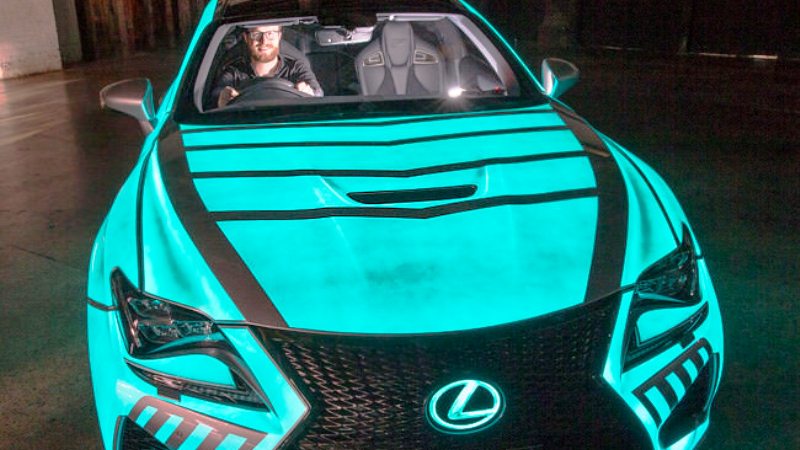 Although so much work is done on the outer panels it still looks like a stock car during daytime. It is sure to disturb the traffic and other road users during night. Hence, the Lexus RCF heartbeat glow concept will never go into production and remain just as a concept.

The concept also helps research and development team from Lexus monitor the heart rate of the driver during specific sections of the race track and make better cars in the future.