As we know that modern cars come with lots of safety features and with all those extra features there is a method in which cars communicate with the driver/user to tell that there is an error in one of the systems.

The method that cars communicate is mainly by displaying different symbols in the instrument cluster or in some cars there is also a voice aided warning system which alerts the driver if anything goes wrong. 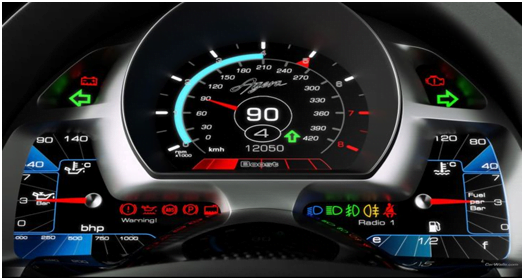 Cars that are being released post 2013 have lots of safety features and additional features as standard and they have an on board computer/ECU which takes care of all the electricals, its diagnostics and also information that is given to the driver in case any of the systems go wrong or face a serious malfunction.

The lights are sometimes accompanied by beeps from the buzzer behind the dashboard and it also helps the driver notice the dashboard warning light. 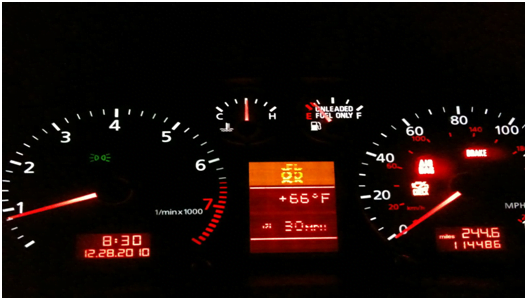 Ultra modern cars and luxury cars come with multi LCD infotainment system. But all other cars stick onto the traditional lights with different logos glowing in the cluster compartment.

Downside of having too many dashboard lights is it may look like you are flying an aircraft with complex meters and instrument panels and switches but on the brighter side its time for us to realise that these warning systems have the capacity of saving our lives and informing us what is wrong prior to anything catastrophic takes place.

Cars continue to advance, and in too many cases, faster than their drivers. Slowly but surely, the car is becoming a computer. We can only hope that software glitches will not be as common in the automotive industry.

Among other changes is the growing number of symbols and indicators that invariably shows up on the instrument panel.

Here are some pictures that may come in handy next time you face a problem with your car. 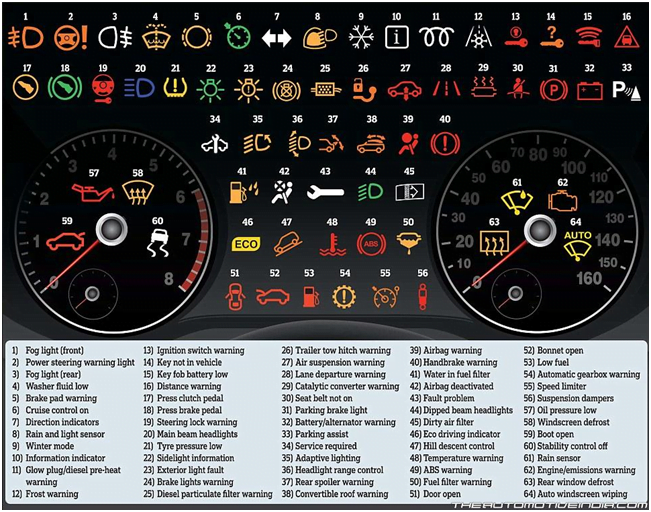 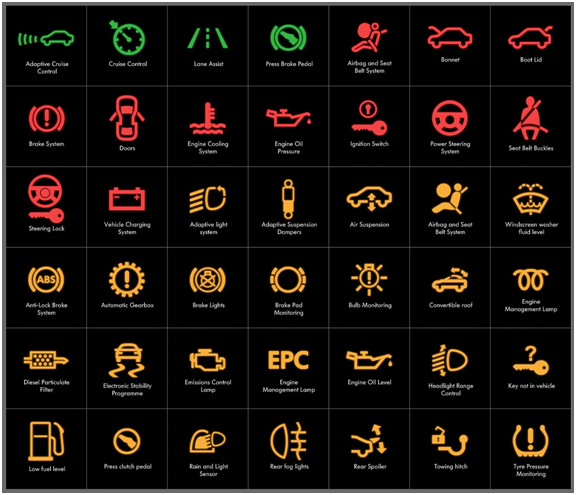