After 9 years of career and an undeniable success, the third generation of Audi A3 finally gives way to a successor. Despite its appearance being quite similar to the previous model, the new version is equipped with many new features. At the sight of this third generation Audi A3, the untrained eye might think a big restyling of the previous model. The new Audi A3 adopts a general shape very similar to the one it replaces and is adorned with all the latest gimmicks specific brand vehicles. 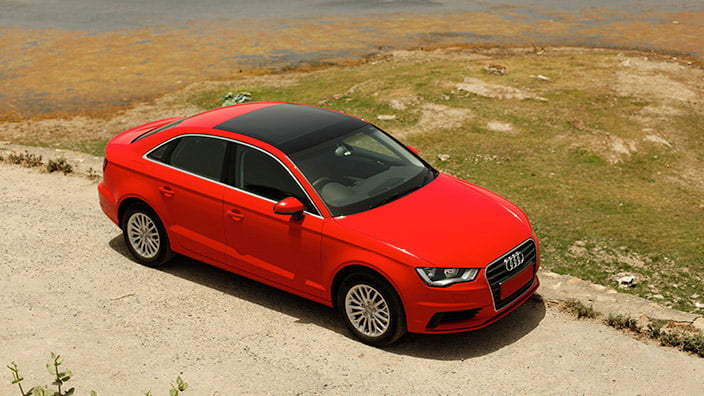 The Audi A3 series Including both the Audi A3 sedan and the A3 cabriolet is Audi’s reply to the new Mercedes-Benz CLA and the BMW 1 series sedan. On the front, the A3 gets a single frame grille, and rows of LEDs, while the back is similar to that of the small A1, with horizontal lights. Inside, the changes are more noticeable with some desire to purify the dashboard. The latter is inspired again the little sister A1 being finer, lower and airy, with simplified controls the maximum. As usual at the Ingolstadt brand, the finish is flawless and further increases the level of quality compared to the previous generation, making the A3 still largely at the top of the category.

The third generation Audi A3 is the first model to use the Modular Transverse Matrix (MQB) platform, which will eventually be the basis of all vehicles with transverse engine of the Volkswagen Group. The body is made of a new hardened steel stronger and thinner, and aluminum for the bonnet and front fenders. Addinjg new aluminum housing for some engines, new seats and other details are on average 80 kg saved on the new Audi A3 compared to its predecessor. 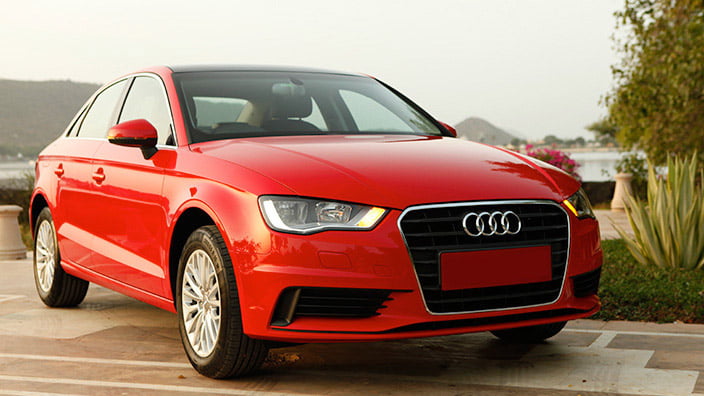 
Some of the key highlights on the exterior are: 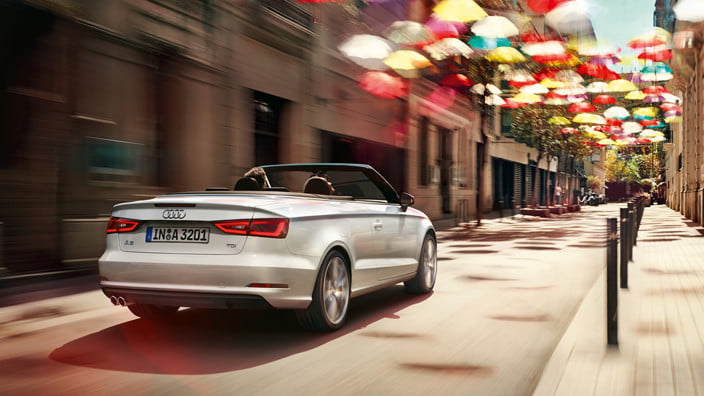 The Audi A3 series gets a number of finishing touches to its interior to make the driving experience both comfortable and unique. There is an impressive attention to detail inside the vehicle from 7 inch slimline, electrically extending colour display screen to the optional luxurious leather seating. 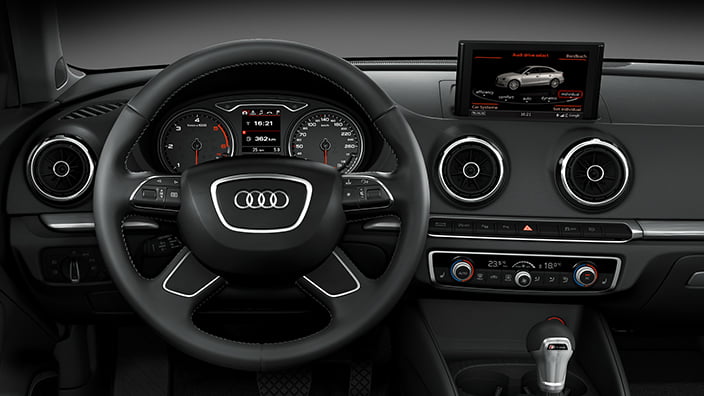 
Some of the key features inside the car are highlighted below:

There are two engine options for the A3 series. First being the TFSI, with direct injection technology and is a unique Audi innovation developed originally for the Le Mans 24-hour endurance race to deliver more power and torque. The second being the TDI with common-rail technology introduced first in 1989. Under this system, a series of piezo injectors uses an electrical charge to precisely control the amount of fuel injected into the engine.

The A3 sedan gets both the TFSI as well as the TDI option, whereas the A3 cabriolet gets only the TFSI petrol engine option. The petrol version (TFSI) is powered by a 1.8 litre, 4-cylinder, turbocharged engine that generates 182.5PS of power in between 5,100 rpm and 6,200 rpm and 250Nm of torque between 1,250 rpm and 5,000 rpm. This engine is mated to a seven-speed double clutch automatic gearbox. On the other hand the Diesel version (TDI) gets the 2.0 litre turbo diesel engine and  develops 144PS of power between 3,500 rpm and 4,000 rpm along with peak torque of 320Nm between 1,750 rpm and 3,000 rpm. The diesel engine is mated to a six-speed double clutch gearbox. Both engines have cast iron blocks with aluminum heads and are mounted sideways in the nose of the A3 under an aluminum hood.

The front suspension is an independent MacPherson strut design with aluminum A-arms bolted to an aluminum subframe. The rear suspension is a four-link design, with its springs and shock absorbers mounted independently of each other. There are disc brakes at all four corners with single-piston sliding calipers over each iron rotor. Finally, comfort is proving a very good traction on the equipped version of 17-inch wheels, but firmer on Quattro mounted with 18-inch wheels. 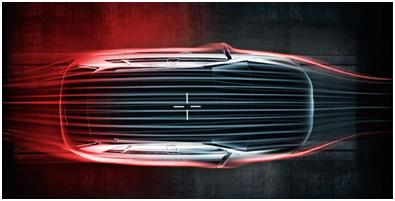 Key Safety features are highlighted below:

Please input your email address. That email is already subscribed. Your address has been added.
Tags: Audi Audi A3 German
Bob December 14, 2014