Unveiled as a concept, right ahead of the 2014 Delhi Auto Expo, the Ford Figo’s production version was launched in Brazil as KA plus Aspire sedan earlier this year. Based on the company’s ‘One Ford strategy’, the hatchback comes equipped with premium features and has a fresh new design. The Ford Figo Aspire (Figo, which means cool in Italian) will hit the Indian shore by the early or mid 2015. While the Figo sedan is a completely new product replacing the Classic, the new Figo will be a copiously modified variant of current generation Figo. The 2015 Ford Figo will be manufactured at the American automaker’s new facility in Sanand, Gujarat. 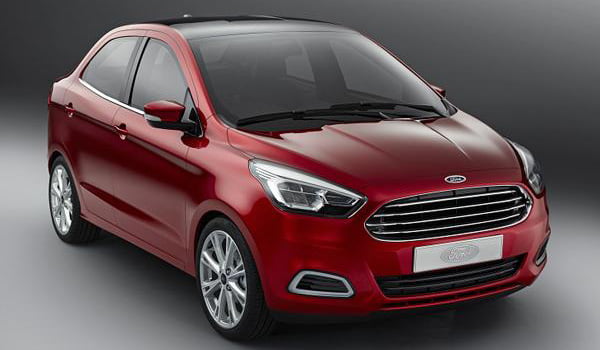 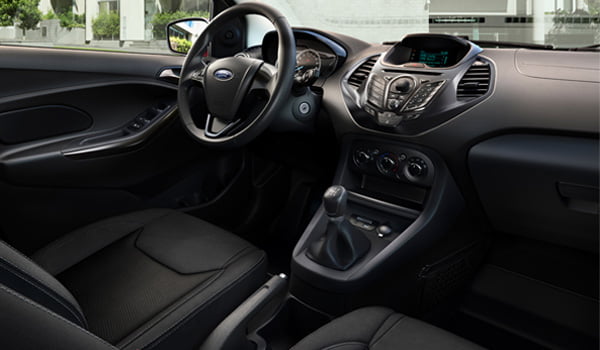 Sedan will have electrically adjustable power-fold mirrors and an innovative and eye-catching device dock which can easily integrate into the in-car entertainment system to store, charge and mount devices such as MP3 players, cell phones and satellite navigation systems. The illuminated instrument panel houses features like distance to empty display, a digital tachometer, headlamp-on, low fuel warning lamp and an electronic multi-tripmeter. The mirrors’ flexible architecture prevents them from being broken off if bumped by another car or motorbike. Cushioned seats are integrated with head restraints. These seats are covered with fabric upholstery and provide enough leg space and shoulder room for minimum five passengers.

While the diesel version will be coupled to a five-speed manual transmission gearbox, the petrol variant will be mated to five-speed manual or CVT gearbox. This new engine technology features Dual-command Twin independent Variable Camshaft Timing (TiVCT), which varies the intake and exhaust valve timings independently. It is yet to be known; if this or a similar engine would also power the sub-4m version to be introduced in India next year.

McPherson Strut is used at Front in combination with coil springs and anti roll bars, while at the rear is fitted with Torsion Beam. This suspension system is further assisted by twin shock absorbers, which are filled with gas and oil. Robust suspension will deal with all the ridges on road while improving the overall stability of vehicle. The disc brakes are installed in front wheels while we will have the drum at rear.