Aston Martin V12 Vantage Roadster is officially released now as a limited edition sports car in selected markets worldwide. After its launch, this fascinating car has always kept everyone eager for its release. Soon this car has become an example to be the most eligible open-top Vantage car mixed with breath taking power of Aston Martin’s naturally aspirated 6.0L V12 engine. Together with all the best features from the British auto manufacturer, this car will definitely give an unforgettable sports car experience to anyone who drives it.

The Aston Martin V12 Vantage Roadster has been styled to look as beautiful as it is potential. This car exhibits a number of eye-catching features that underlines its sporty characteristics. Starting from the front, this roadster gets the all new carbon fibre front splitter as well as lower front air intake to maintain the level of dynamic performance required from this V12 coupe. Onto the sides the use of 19 inch Pirelli P Zero Corsa tyres, carbon fibre side mirror caps and a distinct single body catches the attention. Finally the rear is characterized by the boot which incorporates a more noticeable flip in order to reduce rear and improve the vehicle’s stability at high speeds. Other features which make the car’s rear unique are the rear light surrounds, rear diffuser with oil cooler and two exhaust tail pipe tips. Overall the car has a wheelbase of 2600 mm and weighs 1760 kg. 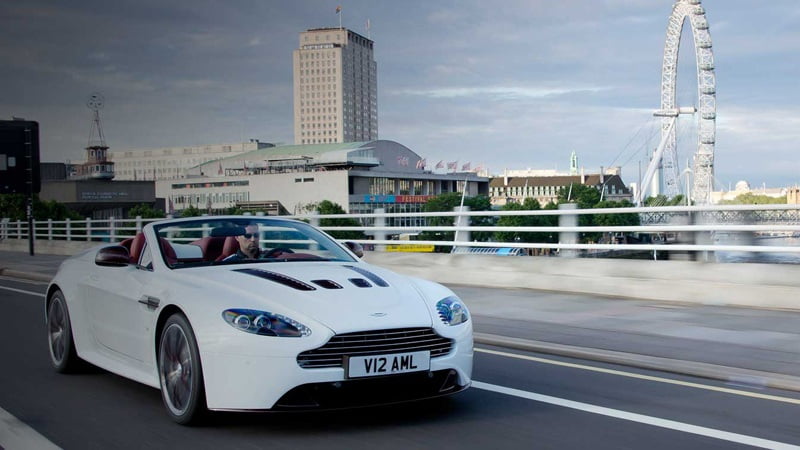 The interior of the V12 Vantage Roadster is as fascinating as its exterior. According to the company’s CEO Dr Ulrich Bez, “The V12 Vantage models are, first and foremost, driver’s cars – inviting and fully rewarding the driver’s full involvement.” Having lots of distinguishing features from its other siblings like the V8 Vantage & the V12 line-up, this car stands out among them. Various features inside includes the use of glass switches in lower centre stack, carbon fibre facia, carbon fibre gearshift surround, leather trimmed steering wheel, sports seats with 10 way electric adjustment, dual stage driver and passenger front airbags, automatic temperature control, tyre pressure monitoring, 160W Aston Martin Audio system and MP3 player connectivity. 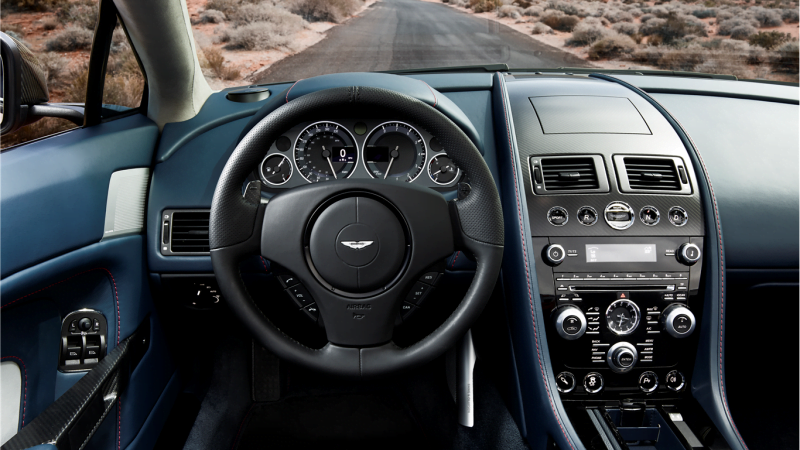 The Aston Martin V12 Vantage Roadster will be powered by a 6.0 Litre V12 engine which is capable of producing a maximum power of 517 PS @ 6500 rpm and a maximum torque of 570 Nm @ 5750 rpm. This engine is mated to six-speed manual gearbox which fully exploits the sports model’s engine capability to deliver the best. The car can sprint from 0-62 mph in 4.5 seconds and can reach a top speed of 190 mph.