Lamborghini Huracan V10 made its debut at Geneva Auto Show 2014 and became an instant success story for Automobili Lamborghini as more than 3000 units has been sold ever since its debut. The Huracan is powered by naturally aspirated 5.2L V10 engine punching a maximum power of 610bhp at 8,250 rpm and drives through all new 7 – speed dual clutch gearbox to all four wheels. The Huracan blasts 0-62 mph in just 3.2 seconds and top speed is rated at 202 mph (325 km/hr).

The recent sales figures suggest that Huracan successfully managed to take over its predecessor Gallardo, the most successful Lamborghini model of all time. Low, clean, light weight and sharp edged – aggressive design combined with all wheel drive transmission and a V10 engine are distinctive features of Huracan which set it apart from its competitors. 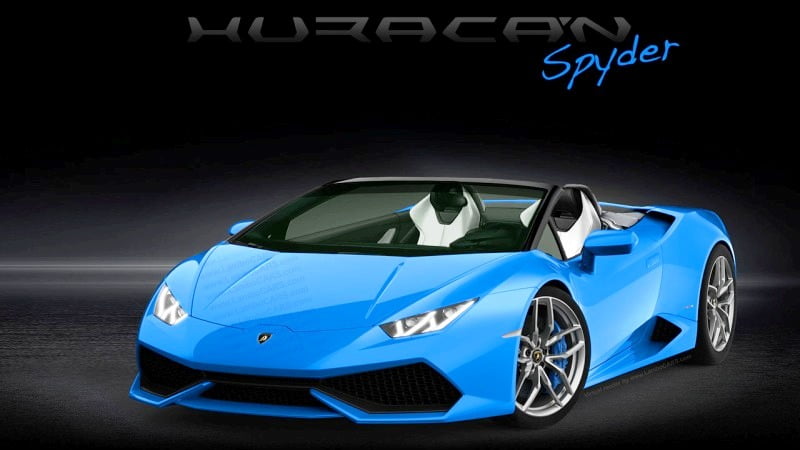 
Past one year there has been rumors about the convertible version of Huracan likely to make its debut at 2015 Frankfurt Auto Show next month and everyone has been eagerly waiting to see the debut of this convertible version which may be called as Lamborghini Huracan Spyder Concept LP610 – 4. 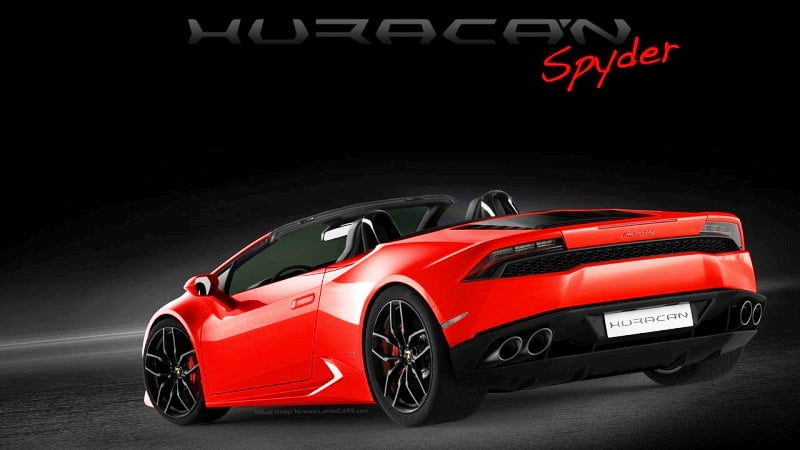 There are no official details available about Huracan Spyder Concept yet, but there are high chances that it may features same 5.2L V10 naturally aspirated engine from its coupe version with same engine output of 610bhp and maximum torque of 560 Nm. Most of the features from coupe version will be retained with some modifications in the rear section to convert a closed top coupe into convertible Spyder. Lamborghini may use folding hard top mechanism which is currently adopted by its rivals like the McLaren 650S Spider and the new Ferrari 488 Spider. It’s not yet clear that how much performance figures will affects due open top configuration which for the coupe version currently stands at 0-62 mph in 3.2 seconds and a top speed of 202 mph. 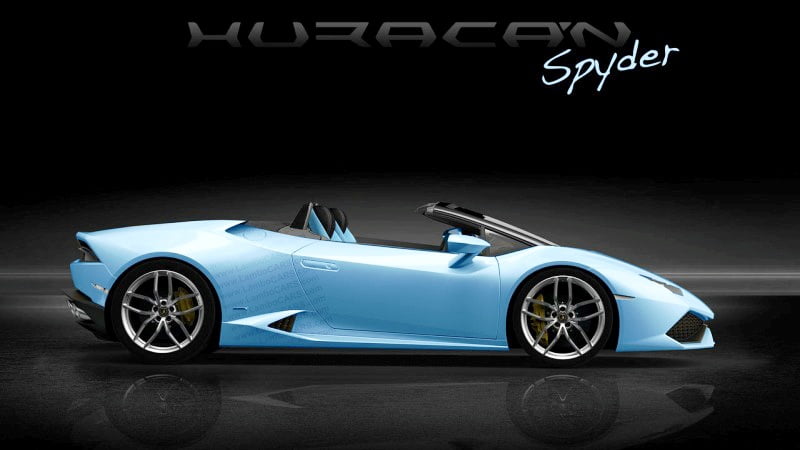 Not to forget one more aspect needs to be considered in the open top configuration design is a safety measure to protect the driver and passenger in case of an accident. Other modifications may include lowering the position of shoulder mounted air intakes and engine cover.

With 2015 McLaren 650S Spider already on the road and the new Ferrari 488 Spider just unveiled, Lamborghini has no choice but to unveil its raging bull open –top Spyder Concept.